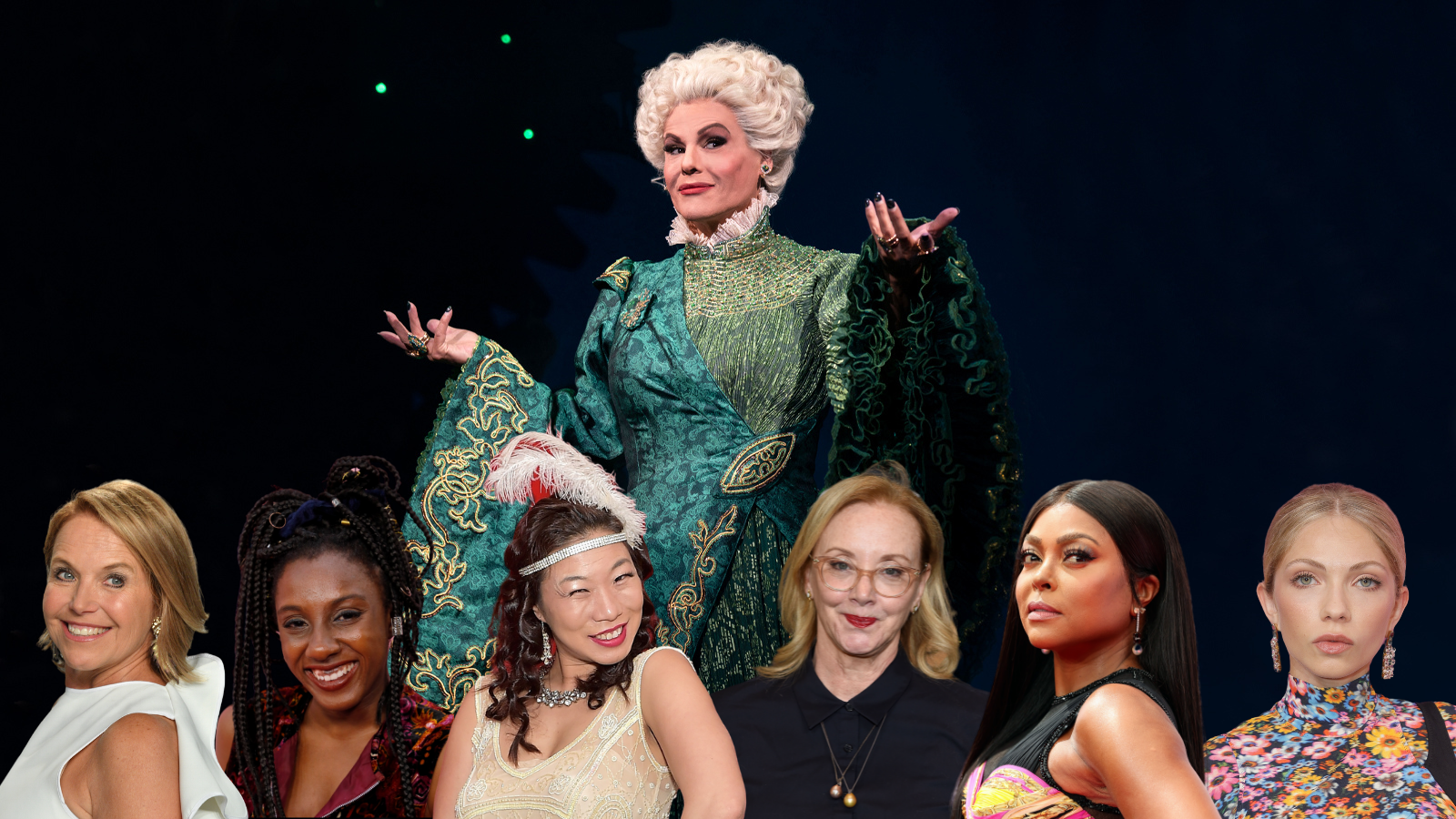 Ever since Rita Moreno performed the opening of "The Wizard and I" for PBS' "WICKED in Concert," I've been thinking about just who could bring something new to the role of Madame Morrible. A frequently slept upon, yet key player for any production of Wicked, Madame Morrible stands out for her mysterious turn from mentor to villain- unless she was actually an antagonist all along. While we've had an excellent run of Morrible talent (Jayne Houdyshell, Carol Kane, Alexandra Billings,) there will maybe, probably, likely come a time when Wicked needs the publicity and ticket sales that come with a stunt casting. So, as a public service, I’ve rounded up six very bold choices for future Madame Morrible’s- along with their claims to fame and just why they would make a magic, grand vizier.

“Would you be interested in an interview on my Instagram Live?” Ziwe would be an iconic Madame Morrible. For those reading who are not chronically online, Ziwe Fumudoh, known mononymously to followers as Ziwe, is a comedian and the creator of the viral interview show Baited, seen both on Youtube and Instagram Live. In 2021 she pivoted her online interviews to Showtime, where the first season of Ziwe featured appearances from Jeremy O. Harris, Andrew Yang, Bowen Yang, Phoebe Bridgers, Fran Lebowitz, and more. No one knows how to steer an interview like Ziwe and she would bring us a Morrible more pointed than ever. Though she may be under 30, I’m not worried about continuity. If anyone can win the Wizard’s trust *and* take on two sorcery students in one class? It’s probably this multi-talented icon!

Key Succession player and Obie Award-winner J. Smith-Cameron would do well with a return to Broadway as Madame Morrible. It’s been some time since she was seen on stage, most recently in Irish Repertory Theater’s 2013 Juno and the Paycock and in 2009’s The Starry Messenger at Acorn Theatre (written by husband Kenneth Lonergan, co-starring Matthew Broderick and - get this - Succession’s own slime puppy Kieran Culkin). Smith-Cameron brings a wisdom to the role that only an actor who made their Broadway debut in 1983 can. And if, after their bouts of scene stealing, Smith-Cameron requests Culkin be cast as well…? I may be willing to consider Boq.

Whether you know her from Gossip Girl or currently in Assassins at Classic Stage Company, Tavi Gevinson will ultimately play Morrible within the next 15 years. We might as well get her contract moving now. The former founder and editor-in-chief of Rookie magazine, Gevinson will bring new emphasis to Morrible’s second act promotion to Press Secretary for the Wizard. Plus, Gevinson’s had plenty of experience spying on students as her self-absorbed Gossip Girl character Kate Keller, the catalyst for the revival of the private school gossip account on HBO.

To see New York Theatre Workshop’s Kristina Wong, Sweatshop Overlord is to witness a woman who has good intentions, a big heart, and is sometimes a bit drunk with power from the responsibilities that a Facebook-organized sewing squad brings. Sounds like a fascinating Morrible. In the artist’s own words, an on-stage Kristina Wong is a “know-it-all social justice warrior” and I can already hear her, putting some additional emphasis on “where she had been lurking...surrep’titially.” Though Wong normally resides in Los Angeles, I think some time in Oz could be fun, especially since so much of her work revolves around “making good.”

Katie Couric, famed news personality and noted Broadway fan, has circled back into the spotlight following the release of her memoir, Going There. Couric herself has had a career with highlights, questionables, and a few historic missteps. For a character who ultimately [spoiler?] k*lls N*ssarose via t*rnado, there’s plenty of questions for Morrible’s motivations as well. This move could be a big seller for Wicked, especially after the success of Couric’s colleague Al Roker as Joe in Waitress, playing limited stints in both 2018 and 2019.

On December 2nd of last year, NBC aired it’s holiday musical special, Annie Live!. It received both mixed reviews and fanatic tweets thanks to true star-to-be Celina Smith in the titular role and Macy, the dog who has played Sandy in more live theatre productions than any other hound. Obviously, no production of Annie is complete without an unhinged Miss Hannigan, and the 2021 production cast Taraji P. Henson in the role- a performance that could be merely a stepping stone for Henson’s future turn as Madame Morrible. After all, Henson recently spent six seasons as the powerful Loretha “Cookie” Lyon on Empire where she’s worn everything from fur coats to gold pant suits- the next logical step is obviously the Act 2 Morrible green coat with green trim!

Wicked is currently running at The Gershwin Theatre where Alexandra Billings plays Madame Morrible. The upcoming movie musical adaptation of Wicked has not yet publicly announced their Madame Morrible, but ultimately my money’s on Meryl Streep. Jennifer Coolidge? It could be in the cards.