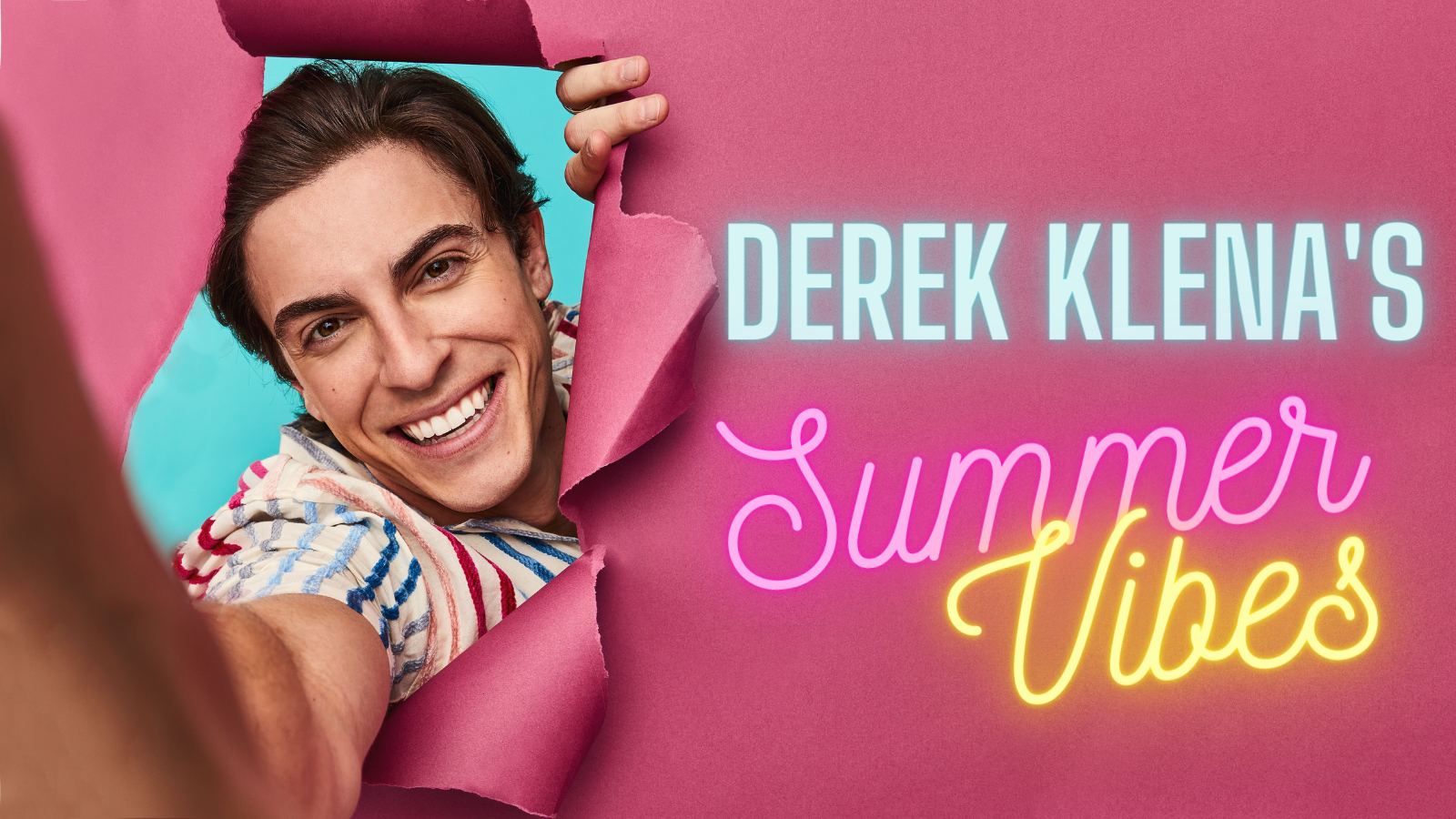 Derek Klena has stepped into the Al Hirschfeld Theatre. This summer, he’s also stepping out in style.

Klena, noted for his Tony-nominated performance in Jagged Little Pill, joined the cast of Moulin Rouge! The Musical on May 10, assuming the leading role of Christian after Aaron Tveit’s Tony Award–winning run. Klena carries a number of big musical numbers, including the viral and dramatic “El Tango de Roxanne,” but offstage, he keeps it pretty cool.

Theatrely met with the star in a midtown studio for a styled photoshoot, complete with looks curated by Jake Sokoloff. The shoot was led by photographer Benji Rivera, who is also a performer in Moulin Rouge! alongside Klena. The outfits capture a “fun and cool” essence, which is how Klena describes himself, too.

Scroll through for some of the looks and learn more about Klena’s style below. Be sure to check out our Instagram for additional photos and video content from the studio.

‍What's been the biggest surprise about stepping into Moulin Rouge! The Musical so far?

‍How heavy the leather jacket is? [laughs] No, honestly, I mean, it's been like a dream to join [this amazing] company. Taking over for the iconic Aaron Tveit, that's kind of a full-circle moment for me because one of my very first big auditions in New York City was actually for his standby in Catch Me If You Can when I was in college. So to now be taking over for him, about ten years later, is kind of surreal. I think the entire experience was kind of a surprise, to be honest. It happened so fast. I got the audition, put myself on tape, and then read with Alex Timbers and got the role all within a week-and-a-half span. It kind of just threw my year for a loop in the best way.

‍What is the highlight of a show day for you?

‍Getting to the theatre. In the half-hour before the show, I love seeing everybody. 15 minutes before, I usually go in and check in with Ashley Loren because I think it's weird if the first time you see the person you're spending most of the show with on stage is on stage. So I usually like to check in with her and go see Team Satine. It's fun. That's why I love theatre and that's why I think it will always be my first love. I'd love to pursue other mediums, but theatre is something that will always be my favorite because of the camaraderie, of that community of people. You get to show up and play make-believe with your best friends every day. Getting to work and seeing what everyone's up to is 75% of the fun of it. And then the other 25 of it is actually doing it [the show] and getting to escape for those 2 hours and 45 minutes with your best friends.

‍How do you keep it cool backstage?

‍I listen to music to get my mind in the right place for this show. I think it's a lot of fun. And my character shows up in this chaotic world in the most bright-eyed and bushy-tailed way. So it's easy for me to kind of jump into character-- I just put on some of my favorite music. Right now it's Post Malone. He dropped a new album recently, so I've been listening to that on the reg'. Getting myself to that physical and emotional place, that heightened place, ready to go out on stage and be this enamored Christian right off the bat. I think that's like my 30 minutes of prep pre-show, which isn't too shabby. I'll take it. If that's my job, that's great.

‍How would you describe your style?

‍Laidback California vibes. I grew up in Southern California and as much as New York has turned me into a dark and moody blues–wearing type of person, I do always come back to California brands like RVCA and Obey. There's something about beach vibes that will always be my comfort place. One of my favorite places to go in the world is the beach. So I think that kind of correlates and manifests itself in there. My style is a little bit more laid back and fun. New York has made me embrace the darker colors, but when I go to California, I'm like, "Oh yeah, I want to wear pastels."