Stop Throwing Trombones! An Expert’s Take on THE MUSIC MAN 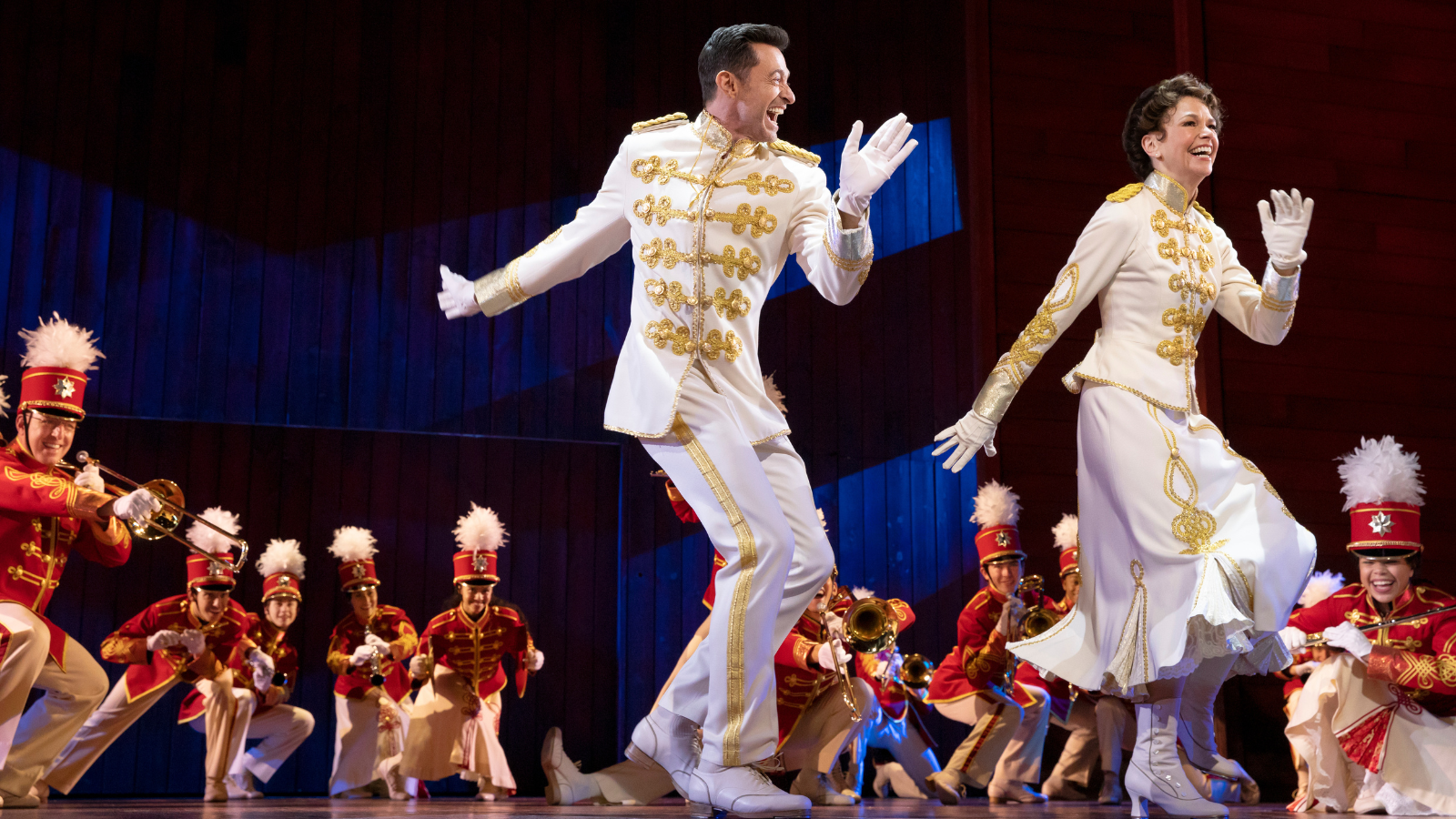 By
Olivia Busiri Vici
No items found.
on
Category:
Features

Editor's Note: This essay was written by New York Pops' Kids on Stage trombonist Olivia Busiri Vici, who was invited by Theatrely to see The Music Man. Below, she offers her unique perspective as a teenager with professional experience playing a musical instrument.

There could not have been a better feeling than sitting in the audience at a Broadway show.  Here I am sitting in front of a stage where thousands have performed. Not only am I here, but I am here to watch The Music Man. With Hugh Jackman playing Harold Hill, I was expecting nothing less than a phenomenal performance.

The scenes progressed with the orchestra playing in the pit of the stage, which added so much character to each of the beautifully choreographed dances. The band had a clean sound and was so energetic that it was feeding into the performers’ minds and bodies.

Of course, as a trombonist myself, how could my favorite part NOT be where the people of River City, who are supposedly trying to learn their instrument, start playing catch with the trombones? It was crazy how all the instruments during the scenes seemed real. Seeing it in-person made me question the director and choreographer’s courage and thought process when it came to the liability and well-being of the instruments.

I guess it’s all to make a show entertaining, which definitely worked since I was on the verge of tears—and questioning if that trombone would actually make it to the end of the performance without being dropped. That would have been too hard for me to handle emotionally.

I noticed that the performers had the gist of holding the instruments correctly, and although I do not think this was intentional, I am sure that the orchestra players would have been a little apprehensive if they had a clear view of how their fellow instruments were being held. Then again, I need to cut them some slack because holding an instrument like a tuba while dancing is a rare talent that I’m sure wasn’t on their resume when they auditioned.

I don’t anticipate many members of our community being able to do such a thing. The choreography also includes trombonists having to stand on tables while dancing and holding the trombones, and although a trombone isn’t as heavy as a tuba, it is heavy enough to weigh you down when frolicking around a Broadway stage.

Of course, the cast were not really playing the instruments (the sound came from the pit orchestra) but it also seemed like an artistic choice to have these actors’ holding instruments that they were not going to play. It was quite funny.

The best part was the ending scene showing all the joy that was brought by the town just by this single man, and the fact that the students were terrible at their instruments had no effect on the townspeople because of how amazing they felt as a group. They were all so lively because of “Professor” Harold Hill. What I loved was that although Harold did absolutely nothing in terms of forming a band and teaching people to play instruments, he brought great joy to a town otherwise in despair and great joy to me at the same time.‍

The Music Man really was a musical adventure for me but also made me realize that I never, ever want to see a trombone be thrown across a room ever again!

Olivia Busiri Vici is a freshman at La Guardia High School and has been playing trombone since the 6th grade. Last year, she had the opportunity top to perform with The New York Pops at Carnegie Hall as part of their Kids on Stage program. When she’s not playing trombone, she spends her time listening to a vast array of musical genres. She resides in Brooklyn with her family.