THE CONJURORS’ CLUB at A.R.T. Brings Magic To Your Homes — Review 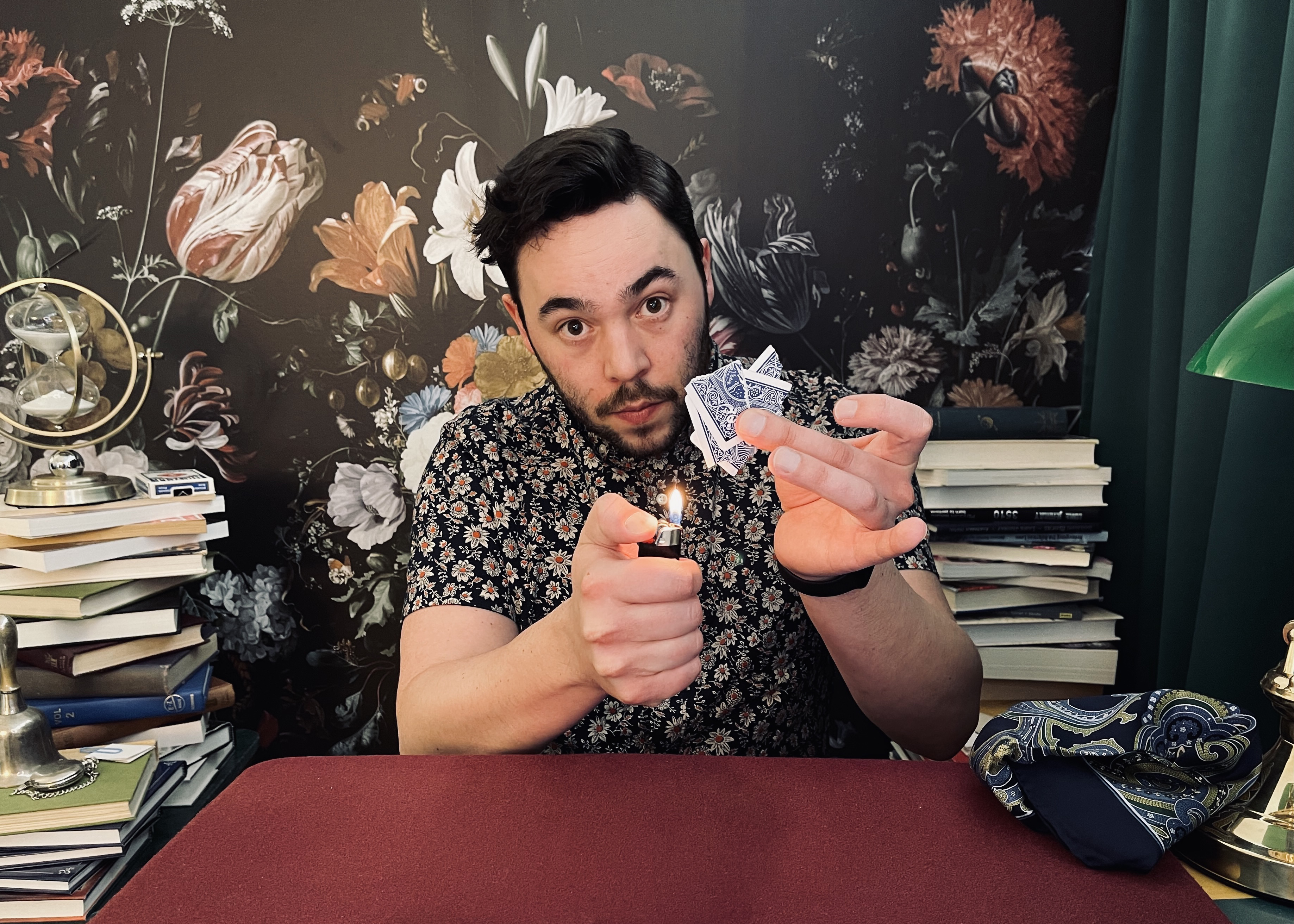 Did you know that there are more possible ways to shuffle a deck of cards than there are stars in the known universe? When I learned about that number, approximately 8 followed by 67 zeros, it made me pause for a moment and reflect on all the possibilities of life.

One year ago, if you were to tell me that I was going to spend the next twelve months sitting at home watching magicians perform card tricks at their kitchen tables over Zoom, I am not sure I would have believed you. As the COVID-19 pandemic shuttered theatres across the globe, many quickly pivoted to digital offerings such as readings and previously captured performances. We have seen many organizations find lucrative success with these endeavors so it makes sense that more and more offerings are starting to pop up. If you’ve been a long time Theatrely reader you may remember when I revealed my hidden secret of attending magic camp as a child for too many years to count. It is only obvious that I was eager to consume and consume and consume and consume as much content that is available. So it’s with that background that I say with The Conjurors’ Club at the American Repertory Theater a bit more fine tuning would wholeheartedly benefit the experience. ‍

The Club, from creators Vinny DePonto and Geoff Kanick, originally premiered in person in 2017 after a successful Kickstarter campaign. With the help of MinuteZero, an immersive events company, the performance found success in New York, blending an evening of mystery, illusion, and theatre. In its current virtual form, running now through April 11 at the A.R.T. in Cambridge, MA, transferring to the confinements of the small Zoom square proves to be a challenging feat.

As with other magical experiences on the market for the homebound audiences, a mysterious secret package arrived in my mailbox with explicit instructions to not open before showtime. We were greeted upon entrance by Kanick, who acts as the host throughout the performance. The 30 or so audience members were split into three groups and sent to breakout rooms where we met a revolving door of illusionists and slight-of-hand tricksters — on my particular day we had Ran’d Shine, Eric Jones, and Jeanette Andrews providing the magic. After each segment, the magicians offered a question for the group to discuss as we waited for our next performer. Unfortunately my group happened to be on the quieter side, so there was quite a bit of awkward dead space at a few points throughout the show. While talented individuals, choppy intro videos of the performers showing off their various television appearances on “America’s Got Talent” made it feel like more of a promo reel, rather than an invitation to an exclusive magic society. Magicians hone their crafts for years — Andrews even started when she was only four years old — but much of this expertise seems lost when the in-person aspect is removed. Not every trick can so easily be translated to the small screen.

Nevertheless, The Conjurors’ Club is an entertaining experience to gather the family around the computer for 80 minutes of bewilderment. The A.R.T. continues to do what it does best, bringing the community together and expanding the boundaries of entertainment for all.

“The Conjurors’ Club” is currently streaming now through April 11, 2021. For tickets and more information, visit: www.americanrepertorytheater.org