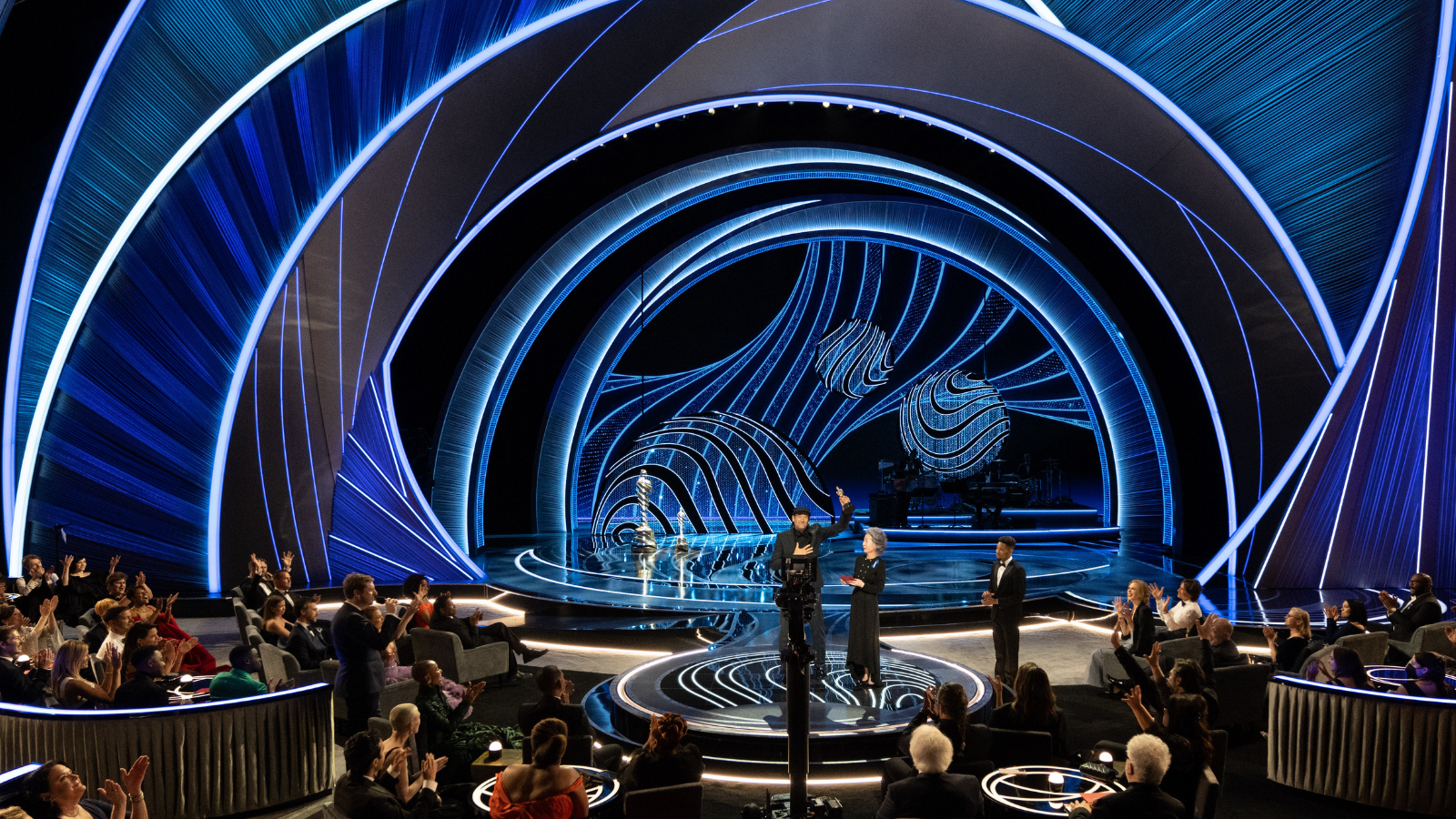 Theatre won big at the Oscars this year, with a number of stage favorites with roots on Broadway taking home the gold. The 94th annual Academy Awards didn’t hold back on the drama or surprises, but the Dolby Theatre—and Twitter—erupted several times throughout the evening to celebrate the winners.

The first award of the evening went to Tony nominee Ariana DeBose (Hamilton, Summer: The Donna Summer Musical), who won Best Supporting Actress for her performance as Anita in West Side Story. Later, Troy Kotsur (Big River) won Best Supporting Actor as a Gloucester fisherman trying to hold his family together in CODA.

Both were historic wins, with DeBose becoming the first openly queer woman of color to win an Oscar for acting, closing out her speech by saying “...there is indeed a place for us.” Kotsur is only the deaf performer in the history of the Oscars to win; the actor gave a shout-out to the “...wonderful Deaf theater stages where I was allowed and given the opportunity to develop my craft.”

‍CODA also took home the big prize, Best Picture, securing the film’s status as the feel-good movie that audiences (and Academy members) are craving in these admittedly dark times. Last week, it was announced the film would be adapted into a stage musical.

Elsewhere during the show, future West End star Jessica Chastain (who was set to appear in an anticipated London revival of Ibsen’s A Doll’s House prior to the pandemic) won Best Actress for her portrayal of Tammy Faye Bakker in The Eyes of Tammy Faye. The musical hit film Encanto took home Best Animated Feature and theatre auteur Kenneth Branagh won Best Original Screenplay for his semi-autobiographical Belfast.