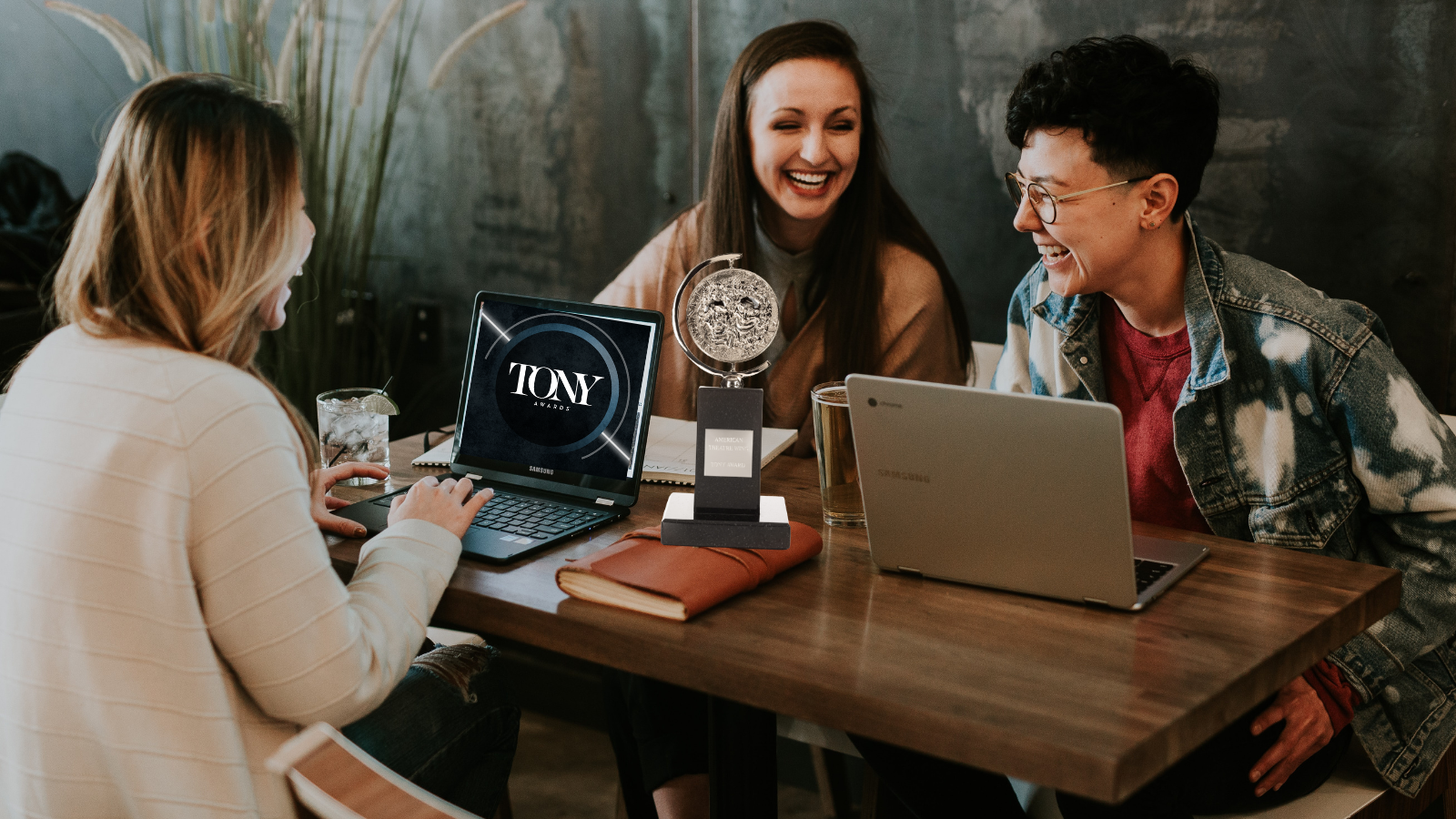 The nominations for the 2022 Tony Awards are here! With over 26 categories, there are a lot of nominees to cheers and we at Theatrely salute them all. That being said, there are several people who heard their names called this morning that we are absolutely thrilled about. Without further ado, here are the nominees we’re toasting at Glass House. See you there!

“I’ve already sung the praises of L Morgan Lee so I’m ecstatic that she's nominated for A Strange Loop, and I also want to celebrate John-Andrew Morrison’s nomination as well! It’s not easy to embody a homophobic Black mother, but Morrison does it with such empathy and verve that we can’t help but root for Usher's whole family in A Strange Loop. Bravo!” - Nathan Pugh

“My biggest joy coming out of Tony nominations day is the Featured Actress in a Musical category. This is a stacked category with Jayne Houdyshell for The Music Man, L Morgan Lee for A Strange Loop, Shoshana Bean for Mr. Saturday Night, and Jennifer Simard and Patti LuPone for Company. I simply don’t know how anyone could pick between these talented ladies, and I can’t wait to find out who'll come away with the prize. Truly, no matter who wins, I’ll be thrilled!” - Jordanna Brody

“If you know me, you know that I am ride or die for Jennifer Simard in any performance and have been preaching #PutSimardOn since the days of Disaster! way back when. I am thrilled to see her celebrated for her incredible and hilarious performance as Sarah in Company.” - Kobi Kassal

“I could rattle off the names of all the nominees that I am rooting for, but truly, the thing that brought me the most joy with the Tony nominations today was just the sense of community in the moments before they dropped and all the time after. This is my first time witnessing nomination announcements as a member of the industry and the palpable excitement you can feel through a phone screen is really something I’ve never experienced before. Just like attending a theatre performance, we’re all in this one collective experience, feeling it all together”. - Meg Masseron

“Jeannette Bayardelle’s nomination for Girl From the North Country has me beaming—best vocal performance of the season hands down. I also got joy from seeing Gabby Beans get a Lead Actress nom and Lileana Blain-Cruz getting a Best Director nom for The Skin Of Our Teeth.” - Nolan Boggess

“I am thrilled that two of the ladies of the women-led POTUS were recognized for their show-stopping comedy work at the Shubert! Rachel and her inner-tube are making quite a stellar Broadway debut, and honestly, Julie White for President.” - Rebecca J Michelson

“No single performance this year featured so much joy, energy, and commitment than Rob McClure in Mrs. Doubtfire.  In a turn that’s surely only just begun, his nomination for Leading Actor in a Musical makes me ponder: is there a challenge this star isn’t up to?” - Max Sauberman

“Shout out to Camille A. Brown after scoring Best Choreographer and Director of a Play nods for the revival of for colored girls who had considered suicide/when the rainbow is enuf, making her the only person to have done so for the same production. The show was one of my favorites of the year, thanks to the stunning performances, especially by nominee Kenita R. Miller, and tremendous storytelling. The love for Ntozake Shange’s choreopoem makes me hopeful that we’ll see more explorations of form on Broadway, and I’m ready for it.” - Dan Meyer

“Chuck Cooper is a Tony Award winner and a theatre stalwart, yet still somehow an underappreciated force. I’m thrilled that Cooper’s restrained, powerful work for Trouble In Mind is getting its due. His final monologue is just astonishing, a theatrical wonder in service of blunt, uncompromising truth.” - Joey Sims

“Today, I’m cheering for Company’s Neil Austin and Bunny Christie, receiving noms for Best Lighting Design and Best Scenic Design in a Musical, respectively. Many theatregoers enter the Jacobs knowing exactly what they’re getting into: a revival of a vignette-heavy musical with some avant-garde casting and star appearances. The design is where the unexpected comes in: the neon lights, suspended orchestra, and automated set pieces are truly delightful. It’s an accomplishment for both the lighting and scenic teams (and Marianne Elliot’s nominated direction, too) to employ such surprise in an opening number, thus encouraging audiences to drop all prior assumptions and enjoy it with an open mind.” -Amanda Marie Miller