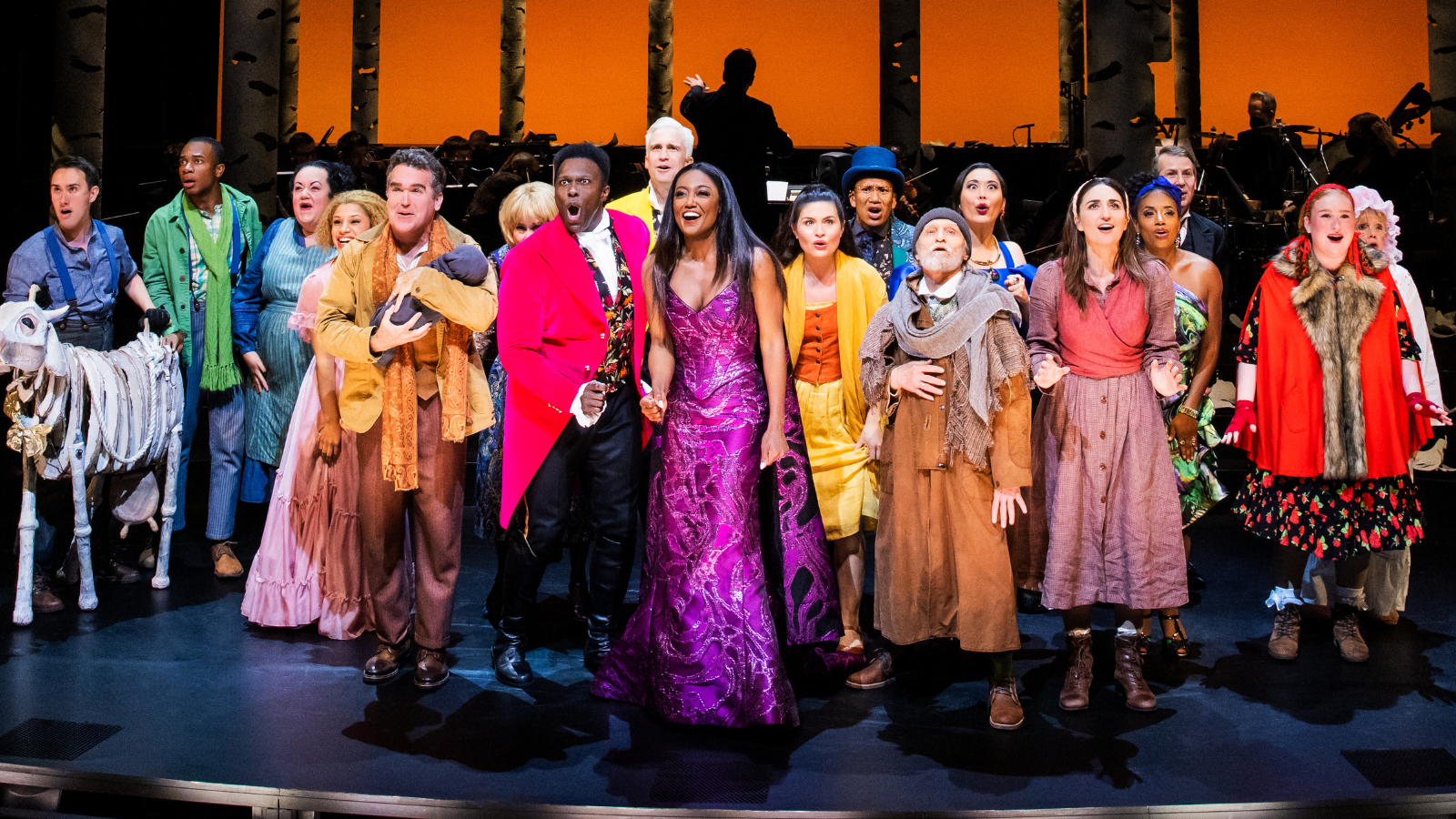 The cast of Into the Woods | Photo: Matthew Murphy

This morning, not just children will listen to the latest Broadway tunes! The Original Broadway Cast Recording for the 2022 revival of Into the Woods, which dropped September 30, is surely going to be one of the most-played albums this season. It's now available to stream on all major platforms with a CD set to be released on December 2, followed by an LP vinyl issue on March 17, 2023.

Now showing at the St. James Theatre, the Stephen Sondheim and James Lapine musical follows several fairy tale characters as their lives—and our perceptions of them—are completely upended. It opened July 10 and recently extended into 2023 thanks to its critical acclaim and box office success.

To make life easier, we’ve listened to the whole thing (several times, in fact), and selected a few songs you must listen to if you only have time for a quick fix. (We know you’ll likely just have the whole thing on repeat, but just in case!)

Has a song set up a musical any better? In 13 minutes, the entire premise of Into the Woods is laid out for audiences, hooking them into whatever journey is about to unfold. Sondheim’s lush melodies and clever lyrics are easy to follow, with each character’s backstory revealed and next steps revealed. Patina Miller’s rap is a lesson in excellent breath control; Julia Lester’s singing through food is hilarious; and Phillipa Soo’s “So be nice, Cinderella/Good, Cinderella/Nice good good nice!” is an auralgasm (did I just make up a word?). That’s nothing to say of the main cast and ensemble, delivering crisp harmonies as they prepare to head into the wood!

‍I’ll admit I’m pretty biased as this is my favorite duet in all of musical theatre. The fact that it’s Gavin Creel and Joshua Henry makes it all the better. If you haven’t seen the show, just imagine two stunning performers being the most extra as they sing their “Ah-ah-ah-ah-ah-ah-ah”s. The song is such a good example of Sondheim’s ability to bring a real-life sensibility to an old tale (although Into the Woods technically isn’t set at any particular time). By having two princes bemoan not finding a woman despite being “everything maidens could wish for”, they are exactly what’s wrong with the picture…they just have no idea they’re the problem.

Sara Bareilles entire performance in the show is superb but this solo as The Baker’s Wife tries to figure out what the heck just happened to her moral compass is pitch-perfect. From the confusion on “what was that?” to her determination by the end of the song to press reset, there’s a real character arc in the song. It’s a number that a performer dreams of getting the chance to sing and Bareilles—a singer, a songwriter, and actress, and so much more—knocks it out of the park. Bravo!

P.S. check out some behind-the-scenes footage of the cast recording the album below!