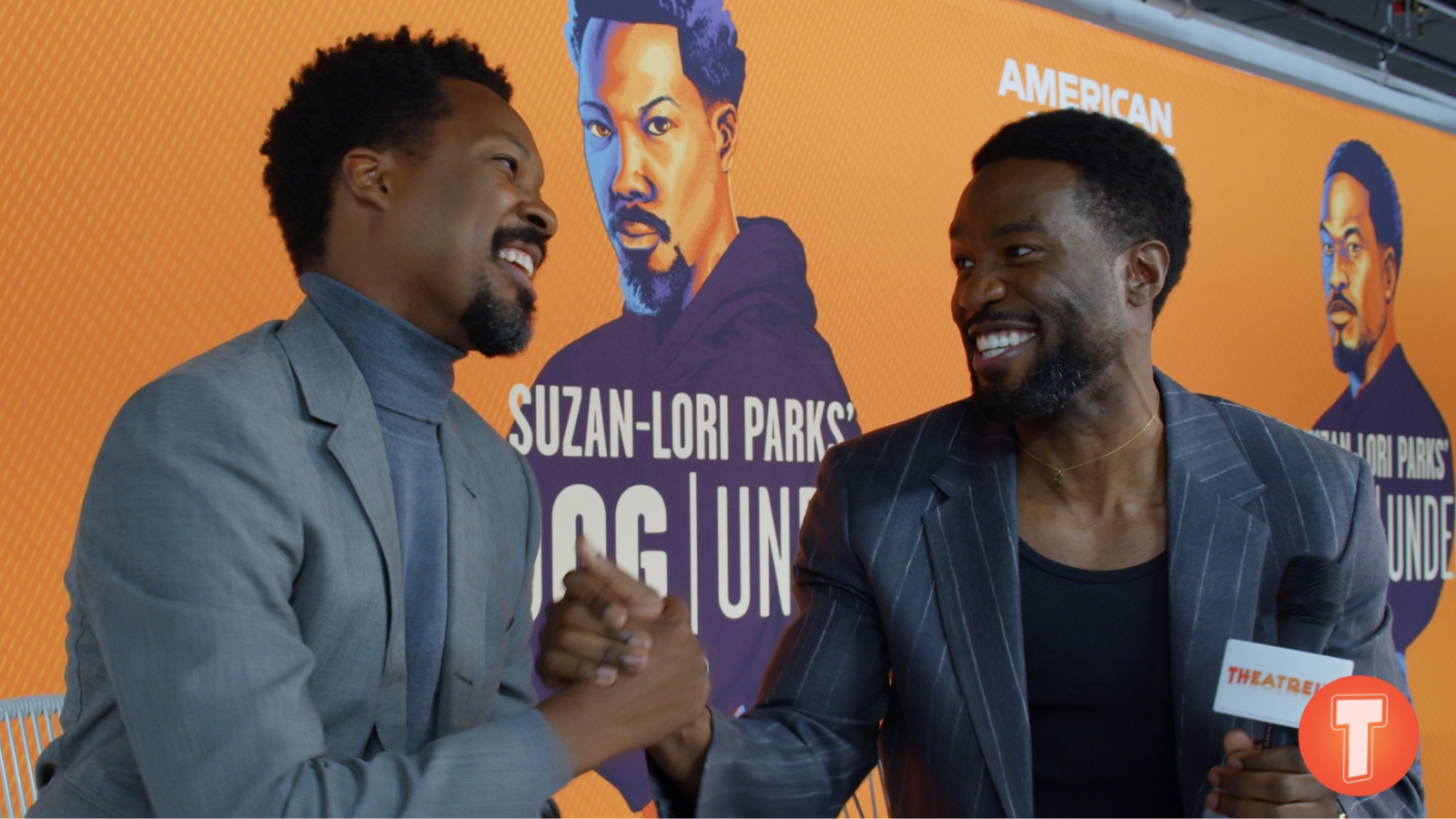 Who is “topdog” at condensing the plot points of a 20-year-old Pulitzer Prize-winning work into less than 10 seconds? Theatrely asked the cast and creatives of Topdog/Underdog, playing on Broadway this fall, to battle it out in the latest entry of our series 10 Seconds to Plot.

Veteran playwright Suzan-Lori Parks’ 2001 play returns September 27 to Broadway, with its first preview performance at the Golden Theatre, 20 years after its Broadway premiere. Opening night of the revival is set for October 20.

While in rehearsals, Parks sat down with us, as did stars Corey Hawkins and Yahya Abdul-Mateen II, and director Kenny Leon (who is helming several Broadway plays this season).

‍Topdog/Underdog had its original Broadway run in 2002 at the Ambassador Theatre. (Fun fact: It was the last production to play that house before Chicago made the move there the following year, where it still runs today.)

The Broadway revival marks just one of Parks’ several works being staged this year, including the world premiere of her new play, Sally & Tom, which will run at the Guthrie Theatre in Minnesota through October, produced in association with the Public Theater.

Hawkins, making his third Broadway appearance with this play, was seen recently in the film adaptation of In The Heights, and has been cast in the upcoming The Color Purple musical film, alongside Danielle Brooks (also on Broadway this fall in The Piano Lesson), Taraji P. Henson, Colman Domingo, and H.E.R., among others. Abdul-Mateen II, making his Broadway debut, is best-known for his roles in films like Candyman, Aquaman, and The Matrix Resurrections. He won an Emmy for his performance in the HBO series Watchmen.