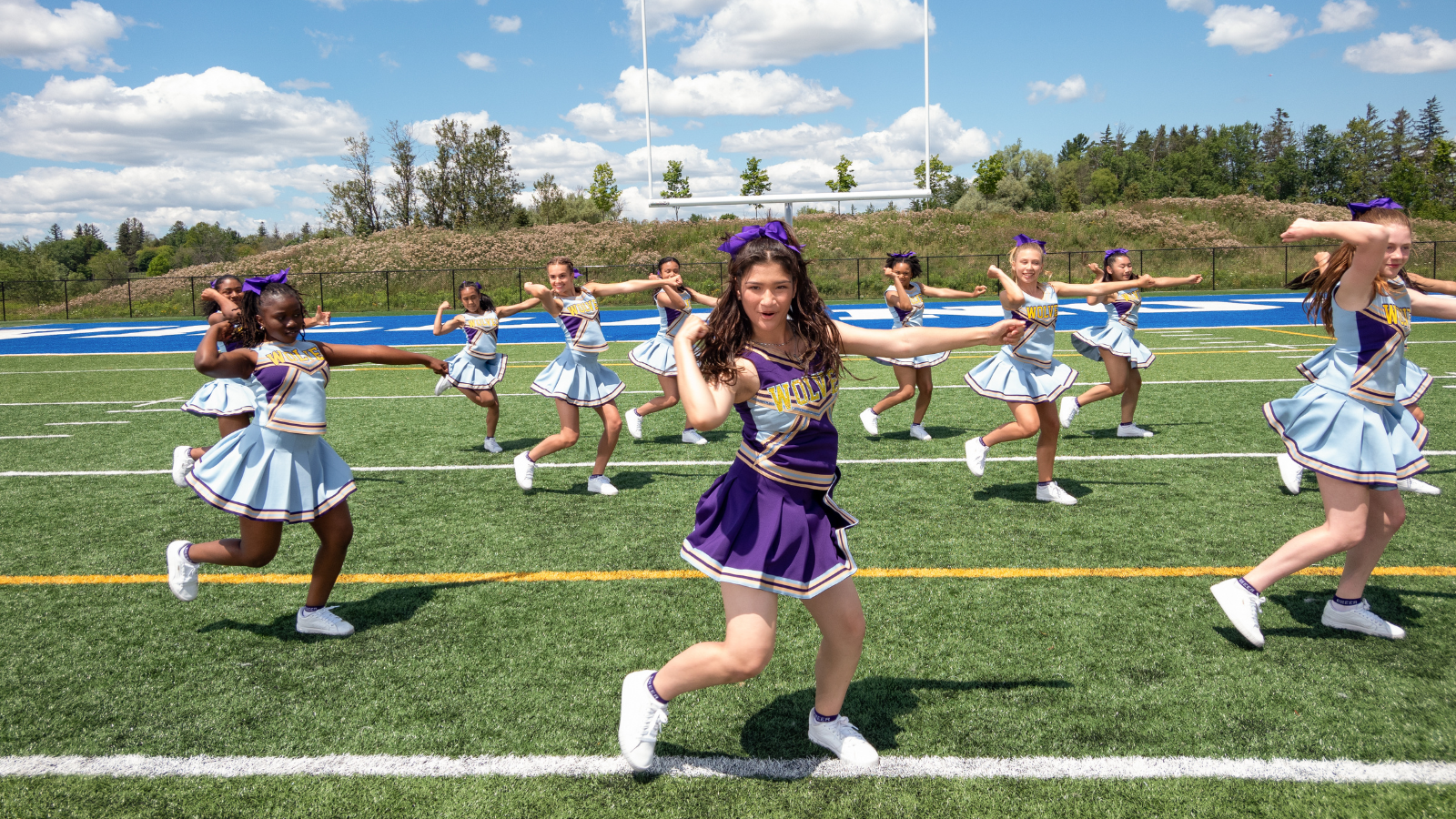 Frankie McNellis and the cast of 13: The Musical | Photo: Netflix

The time has come to seize the moment. Check out Frankie McNellis, who plays Lucy in Netflix’s 13: The Musical, singing “Opportunity” from Tony winner Jason Robert Brown’s score. As previously announced, the film drops on the streamer August 12.

‍13: The Musical stars Eli Golden as Evan, who is trying to turn his Bar Mitzvah into the party of the year. Of course, it’s not as easy as that—along the way, Evan must deal with his parents’ divorce, navigate the complex social circles of middle school, and acclimate to a new town.

The movie, featuring three new songs, is based on the Broadway musical of the same name from Brown and bookwriter Robert Horn. Horn, who won a Tony Award for the book to Tootsie, returns here as screenwriter. The production opened October 5, 2008, at the Jacobs Theatre and played into early 2009, serving as a launchpad for several performers, including pop star Ariana Grande and actor Graham Phillips.

Tamra Davis directs with Brown, Horn, Davis, Bob Boyett, and Mark Nicholson as executive producers. On the same day it hits Netflix, an original soundtrack will be available from Ghostlight Records.

This isn’t the only movie musical planned for this year. Next up, Netflix will release the stage-to-screen adaptation of Roald Dahl’s Matilda: The Musical, starring Alisha Weir in the title role and a transformed Emma Thompson as Miss Trunchbull. Most recently, High School Musical: The Musical: The Series dropped its Season 3 on Disney+.