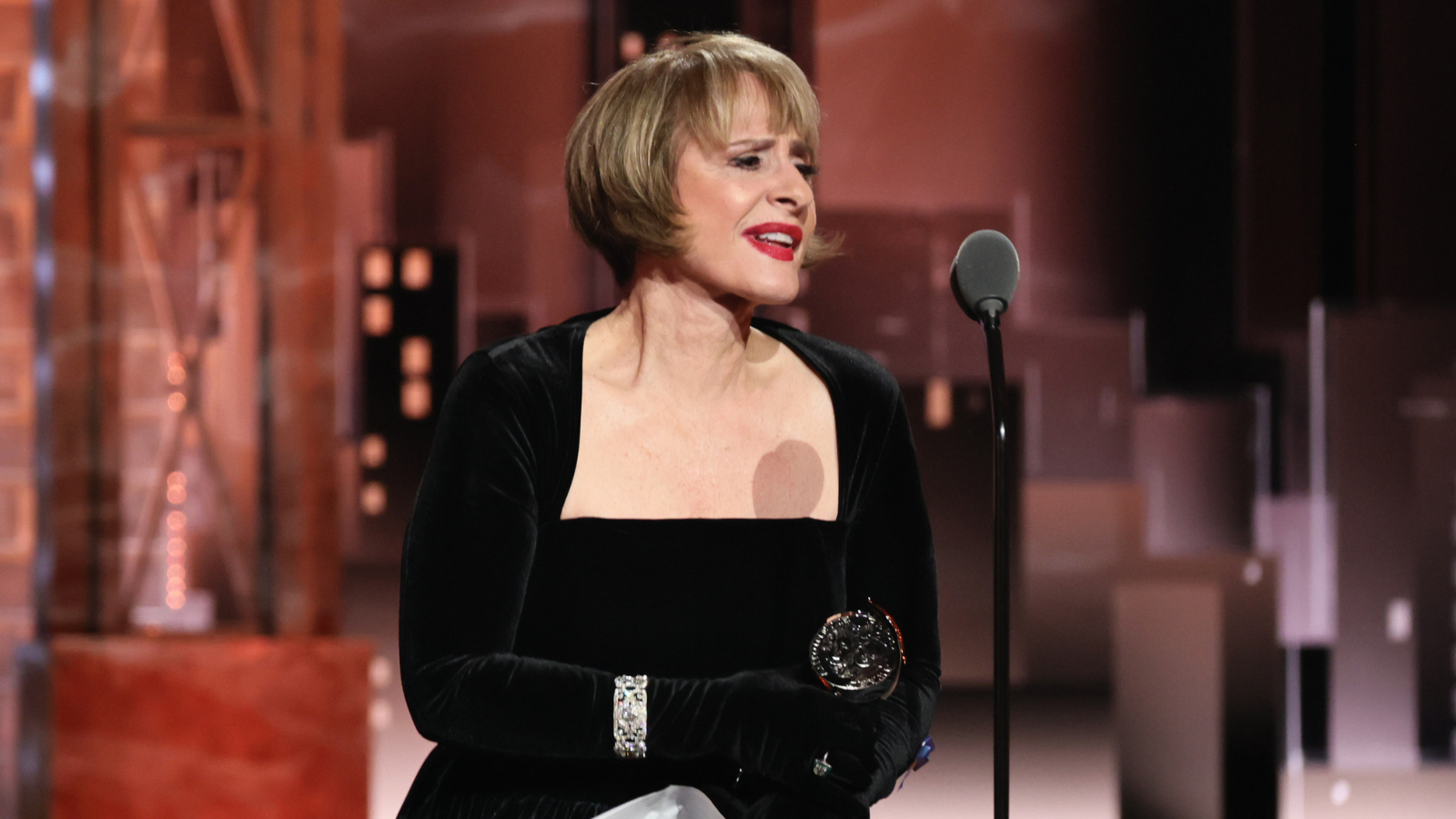 “Here’s to the ladies who…” win a Tony Award! Patti Lupone has won the Tony Award for Best Performance by a Featured Actress in a Musical for her performance as Joanne in Company. The celebrated actress was crowned the winner at the 2022 Tony Awards on the stage of Radio City Music Hall. Lupone beat out a star-studded category that included Shoshana Bean for Mr. Saturday Night, Jeanette Bayardelle for Girl from the North Country, Jayne Houdyshell for The Music Man, and Company co-star Jennifer Simard.

Patti Lupone is truly a Broadway icon, having made her debut in The Three Sisters, and later appearing in The Beggar’s Opera, Measure for Measure, Scapin, Next Time I’ll Sing to You, The Robber Bridegroom, Edward II, The Time of Your Life, The Three Sisters (again), The Water Engine/Mr. Happiness, Working, Evita, Oliver!, Accidental Death of an Anarchist, Anything Goes, Patti Lupone on Broadway, Master Class, The Old Neighborhood, Matters of the Heart, Noises Off, Sweeney Todd, Gypsy, Women on the Verge of a Nervous Breakdown, An Evening with Patti Lupone and Mandy Patinkin, The Anarchist, and War Paint before Company. She also has a successful music career, with six solo albums to her name. In addition, she has won two Grammy Awards for her performance on Well: Rise and Fall of the City of Mahogany. Her television and film credits include Hollywood, Steven Universe, Frasier, and Law & Order. She has previously been nominated for a total of eight Tony Awards, with two previous wins for Evita and Gypsy.