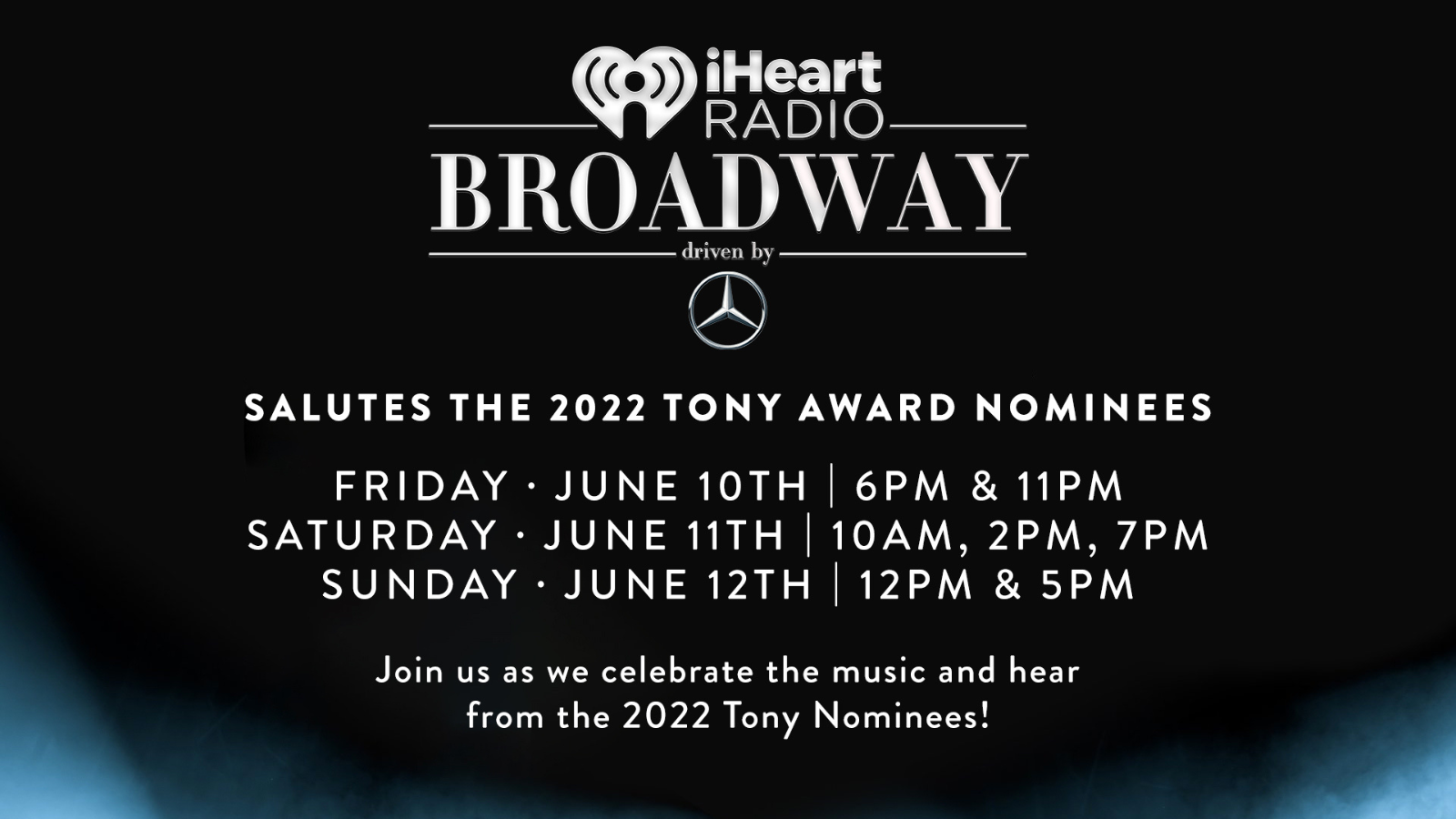 Tonys Week is ramping up ahead of the big night. This weekend, iHeartRadio Broadway will air its annual Tony Awards preview special with multiple air scheduled to ensure theatre lovers can get a chance to hear from their stage favorites and listen to music from Tony-nominated shows.

The iHeartRadio Broadway Tony Awards preview special will air June 10 at 6 PM and 11 PM; June 11th at 10 AM, 2 PM, and 7 PM; and June 12 at 12 PM and 5 PM (all times Eastern). Listeners can tune in to iHeartRadio Broadway by visiting iHeartRadioBroadway.com, listening on all smart home devices, or by downloading the free iHeart App and searching “Broadway.”

The 75th annual Tony Awards will air live coast-to-coast June 12, beginning at 8 PM ET/5 PM PT on CBS and streaming on Paramount+, with The Tony Awards: Act One streaming exclusively on the streamer beginning at 7 PM ET/4 PM PT. As previously announced Oscar winner Ariana DeBose will emcee the main event while this season’s Broadway alums Darren Criss and Julianne Hough will host the pre-show.

Leading the way with nominations this year is A Strange Loop, with 11, including Best Musical. MJ and Paradise Square follow closely behind with 10 nods each, both also nominated for Best Musical. The most Tony-nominated play this year is Stefano Massini and Ben Power's The Lehman Trilogy, with eight, including Best Play and all three leading actors scoring a nomination for their performance.