INTO THE WOODS Will Tour America With Broadway Cast Members 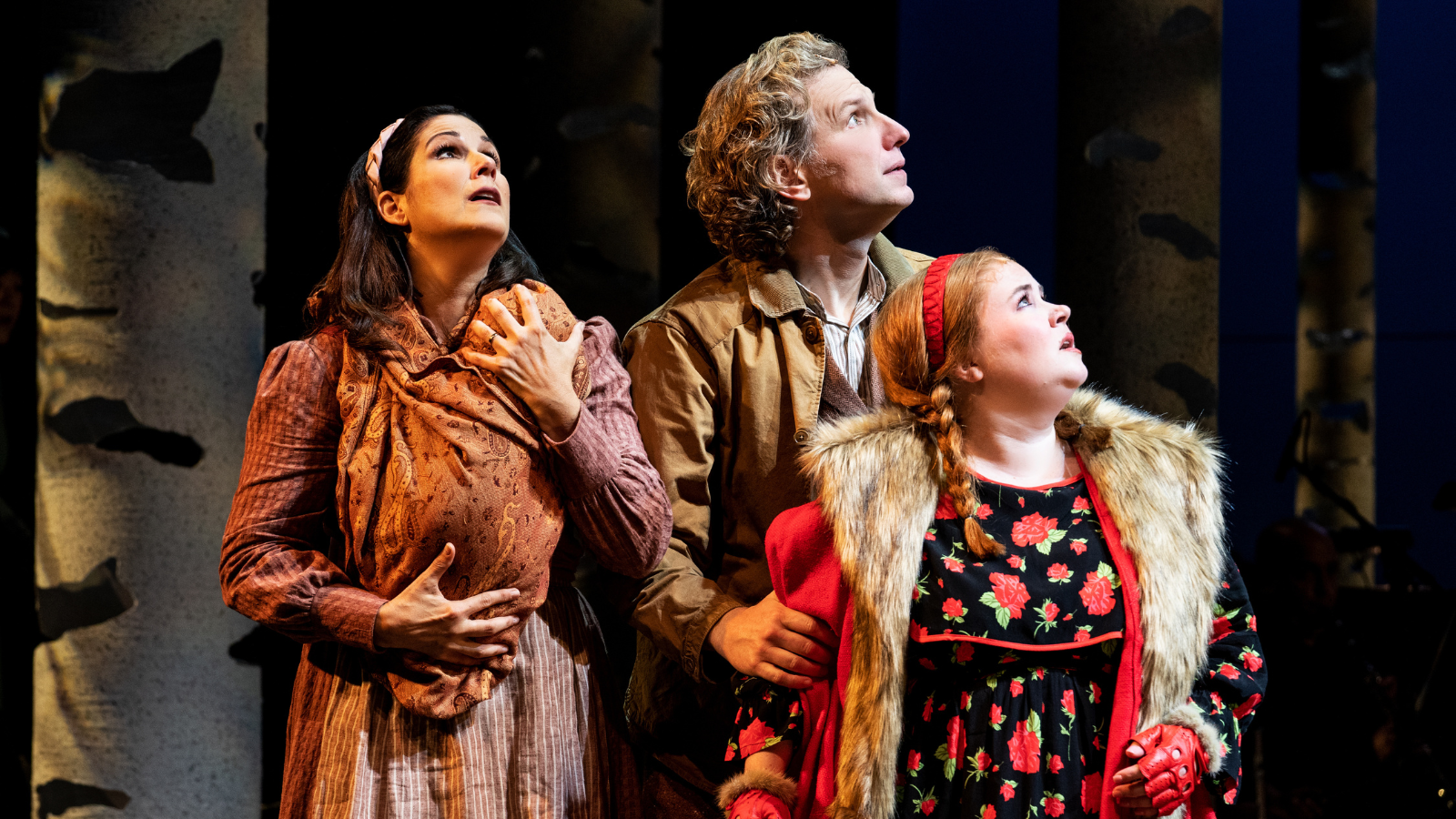 Stephanie J. Block, Sebastian Arcelus, and Katy Geraghty will reprise their Into the Woods characters on tour.

Audiences across the U.S. will be able to head to the wood soon! The critically acclaimed and twice-extended Broadway production of James Lapine and Stephen Sondheim’s Into the Woods, will go on tour in select cities across the United States. The production will star Montego Glover as The Witch, Stephanie J. Block as The Baker’s Wife, Sebastian Arcelus as The Baker, and Gavin Creel as Cinderella’s Prince/Wolf, all of whom are reprising their Broadway roles.

The tour begins previews in February 18, 2023, at Shea’s Performing Arts Center in Buffalo, New York, before opening February 23 at the Kennedy Center in Washington, D.C., with a sit-down engagement through March 19. The tour will continue at the Emerson Colonial Theatre in Boston (March 21-26), Miller Theatre in Philadelphia (April 4-9), Blumenthal Performing Arts Center in Charlotte (April 11-16), James M. Nederlander Theatre in Chicago (April 25-May 7), Curran Theatre in San Francisco (June 20-25), and Ahmanson Theatre in Los Angeles (June 27-July 30). Additional cities will be announced later.

Also reprising their performances from the Broadway revival are Cole Thompson as Jack, Katy Geraghty as Little Red Ridinghood, David Patrick Kelly as The Narrator, Nancy Opel as Cinderella’s Stepmother, Aymee Garcia as Jack’s Mother, Ta’Nika Gibson as Lucinda, Brooke Ishibashi as Florinda, Kennedy Kanagawa as Milky White, Jim Stanek as the Steward, and Alysia Velez as Rapunzel. Further casting will be announced at a later date.‍

Into the Woods will close its limited engagement January 8, 2023, on Broadway at the St. James Theatre. Directed by Lear deBessonet, with music supervision by Rob Berman, and choreographed by Lorin Latarro, the production opened in July earlier this year following a sold-out run as part of the New York City Center Encores! season.

For more information about the Broadway production and national tour, click here.