INTO THE WOODS With a Hurricane of Talent — Review 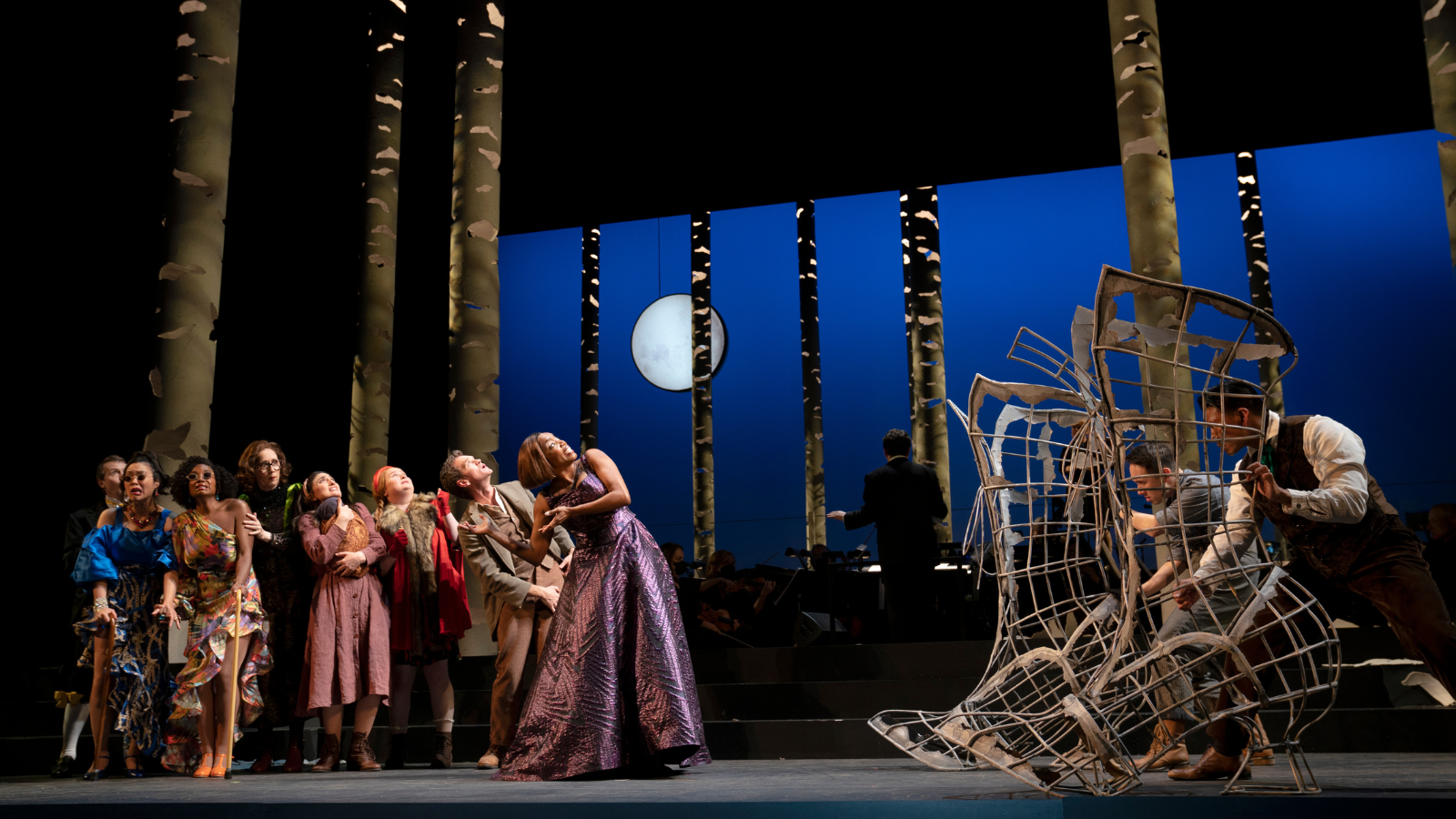 To wrap up a critically bumpy, if constantly entertaining, season, New York City Center’s Encores! series has chosen to mount a star-studded production of Into the Woods as we head out of a marathon month of near-daily openings. It’s a charming, respectful presentation of the material, with music and lyrics by Stephen Sondheim and a book by James Lapine, and surprisingly their most straightforward concert-style one in some time.

It makes sense: You get material as good as this, one of Sondheim’s most beloved scores, and you’re happy to just see it ably performed by an excellent cast. No need for resuscitating a peacefully slumbering corpse, as with Kenny Leon’s staging of The Tap Dance Kid; or Frankensteining one beyond comprehension, like they let Billy Porter do to The Life — both enjoyable productions, to be sure, but conceptually less-than-intelligible.

Here, Encores! artistic director Lear deBessonet takes tight hold of her reins, placing a handful of microphones downstage and having her ensemble deliver this topsy-turvy story of fairy tales mixed and matched and gone wrong without much fuss. David Rockwell’s simple set of birch trees woven through steps that double as palace stairwells and woodsy terrain, Andrea Hood’s winning Grimm-like costumes, and James Ortiz’ excellent puppet design (never has a cow looked so sad or so dead), set a comfortable stage for homage to be paid to the late Sondheim’s brilliance.

The cast is stacked and uniformly terrific:

Sara Bareilles, who is obsessed with playing pregnant pastry chefs, mixes the Tina Fey-style comic chops she’s perfected on Girls5Eva with real insight as the Baker’s Wife, opposite a freshly-cast (thank god) Neil Patrick Harris as a dazzled Baker.

The couple wrestle Milky White, a cow puppet remarkably handled by Kennedy Kanagawa, from Jack (of beanstalk fame), played by the clear-voiced Cole Thompson. It makes perfect sense that he should be ultimately paired off with Little Red Riding Hood, a hilariously deadpan discovery in Julia Lester: his mother is played by a touching, funny Ann Harada.

Denée Benton is lovely, as always, as Cinderella, with the playful Annie Golden right at home as her mother’s branch-covered spirit (as well as the Giant’s Wife and Little Red’s grandmother). Ta’Nika Gibson and Brooke Ishibashi bring Bling Ring glam floptastics to her evil stepsisters, with Lauren Mitchell appropriately imperious as their mother.

Gavin Creel proves he is one of our best interpreters of camp in a dual role that displays the perversity (as the Wolf) and sleazy archness (as Cinderella’s Prince) the oft-misunderstood term requires. His golden voice is capably matched by Jason Forbach, filling in for Jordan Donica (and, if the laws of the universe are just, receiving proper co-billing?) as Rapunzel’s Prince this week.

And then there’s Heather Headley, positively ravishing as the Witch. Any breath she expends onstage is a Category 5 hurricane of talent, able to blow us over with her regal presence or gently caress us with her hyper-nuanced choices. She assumes this powerful role with such mastery, such character and accomplishment, it’s tough to believe this pairing should reach the end of the woods so soon.

Into the Woods is in performance through May 15, 2022 at New York City Center on West 55th Street in New York City. For tickets and more information, visit here.