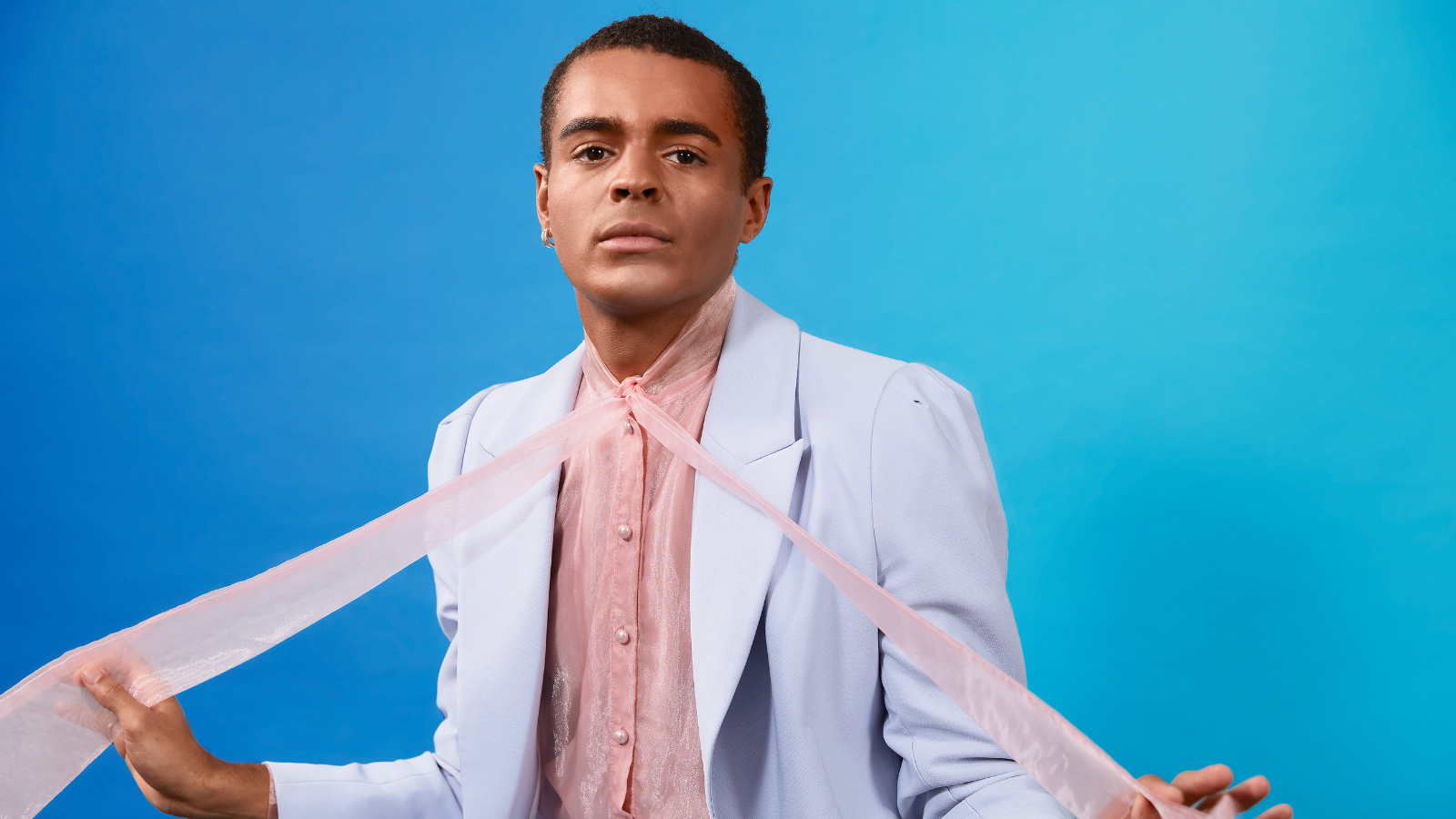 Layton Williams | Photo: The Other Richard

At 27, Layton Williams is already a West End veteran. He joined Billy Elliot as the lead in 2007, toured Hairspray and Rent around the UK then took over the title role in Everybody’s Talking About Jamie in 2019. A glittery musical based on the 2011 documentary, Jamie: Drag Queen at 16, it follows a British schoolboy’s quest to become a drag sensation and wear a dress to prom.

The pandemic hit just as he was about to take his heels on the UK road, though he eventually wrapped that tour through an uneasy start-stop run. Now, along with London co-star Roy Haylock (Bianca Del Rio), he’s just opened Jamie at Los Angeles’ Ahmanson Theatre—the musical’s North American premiere.

I caught up with Williams a few days before the show’s official opening. Our conversation is edited for length and clarity.

How is LA treating you?

Oh my god, it's a dream. I just can't believe I'm waking up, going down to the pool, which you obviously can't do in the UK because you’d just freeze. It’s nice to have a little swim before I crack on with the day. LA is very me.

I think you can kind of get used to it when you're in your own country, but when you're in another country and see your face plastered on the streets everywhere… It’s pretty strange, but it's fun.

So you’re having your Ally Maine moment?

It’s very that. There’s a whole load of billboards down Sunset Boulevard.

I was following the Jamie UK tour online and it’d be running one week, shut down the next. How was dealing with that?

It was a really frustrating situation, because I didn't know when I’d be back but, after a couple of months, we all got the sense that it was going to be that way for a long time. I've always been lucky to be, you know, booked and busy, but I could finally just kind of kick back and read a book and reset.

When did you find out you were bringing the show to the States?

I've actually known for a long time, but I had many doubts as to whether it was actually gonna happen, because of the coronavirus. But, yeah, when they told me they wanted me to bring it to America, I literally just cried all weekend. I’d never worked here, so this is my big American debut! And I’m so honored to have it with a British show.

It’s such a British show, how do you think Americans will react to it? Are there any changes to the production?

Other than a few words that don't make sense here, like “revision” to talk about studying, not really. I mean, if I can see American musicals and understand what is going on, I think it’s fine.

The writer, all the original creatives, are here, literally at the theatre making these changes as we go along. But it’s tiny little changes, like just saying “pound” instead of “quid,” so not much. As long as it's clear what you're talking about, I think it still  lands. Lots of Americans have come to see the show in the UK and they seem to love it, so fingers crossed they love it here.

What’s your experience with American queer culture as opposed to UK?

Obviously, the internet gives you a lot of insight into the culture, but I feel like we're slightly on the same page, especially in LA. I'm coming from London, so hopefully LA is also forward thinking. I have had a few weird encounters, you know, I'm living downtown so I’ve met some interesting characters, let's say just that. I definitely have my wits about me, here in America. *He breathes an exaggerated inhale* It's an interesting space!

I'm kind of used to it, though. I grew up in a very normal working class area, and I was always different. I was always the odd one out and had to suppress myself a lot of the time. So now I wear my queerness with pride when I walk down the street.

But! I was just chatting with Tom Holland yesterday, because we did Billy Elliot together, and now he's a superstar and here all the time. So I asked, “Are you used to seeing your face all over Hollywood?” because I, certainly, am not. It's fab to see myself and my friends on billboards out here.

What kind of music do you listen to offstage?

I do love myself a good musical or soundtrack. However, if I'm listening to music, I'm a pop queen. I don't care about it. Give me Gaga, give me Pussycat Dolls. I just love a good, uplifting bop, you know? But I do love a movie musical. I can't deny I watched Tick, Tick…Boom! which gave me a whole new love for Jonathan Larson —  I did Rent a few years back in London. It was great just to see and learn so much more about him, I felt really privileged to have performed his work professionally.

I mean, you’re in the right show if you love bops.

It’s bop after bop. I take it for granted because I’ve been doing it for so long but, with these songs, if the Jamie movie soundtrack comes on I leave it. Or the original, also because John McCrea, the original Jamie, is my best friend. But they’re so great and so very catchy. That's one of the one of my favorite things about the musical—that they're all pop songs. I would say my voice is more like a pop singer’s, not necessarily from musical theatre, so it lends itself to my vibe.

I love Roy. We get on like a house on fire. He’s just the sweetest  person. And he's so used to being on the road, in a different venue every day, it’s impressive. We have really good chemistry onstage and off. Yeah, we're going to have lots of fun in the months ahead. Hopefully not too much fun, because we've got to be good. You will not see us out and about in WeHo.

Has he given you tips on how to deal with American audiences?

He's the only American in the cast and he’s toured all over the world, so he’s given great insights for the script and things but, his world and his touring are so different. He does stand-up comedy in a gown; just steps on stage and entertains. This is such a different vibe for Roy so I think, if anything Roy’s stepped into our world—not in a shady way, in a loving way like this. We’ve both actually played Angel [from Rent] before, so he’s done musical theater. We just support each other, to be honest, we've got each other's backs every step of the way.

You can catch Layton Williams in Everybody’s Talking About Jamie at the Ahmanson Theatre through February 20, 2022. For tickets and more information, visit here.