Pulitzer Prize–Winning FAT HAM Will Play on Broadway Next Spring 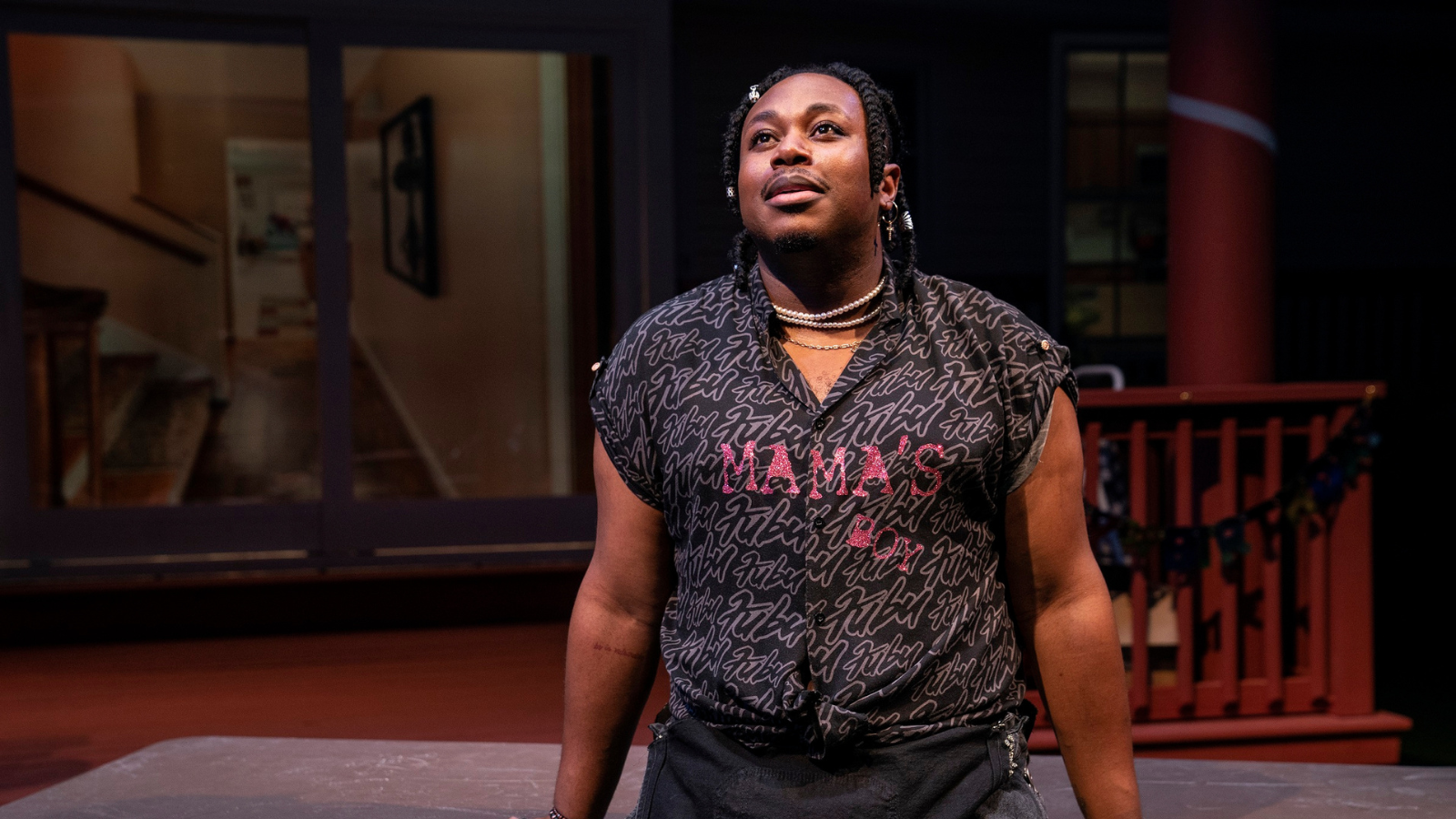 A new competitor has entered the Tony Awards race for Best Play. James Ijames’s Fat Ham will move uptown to Broadway following The Public Theater and National Black Theatre’s critically acclaimed and twice-extended co-production earlier this year. Previews will begin March 21, 2023, at the American Airlines Theatre with an opening night set for April 12.

Winner of the 2022 Pulitzer Prize for Drama, Fat Ham is a contemporary, queer, Black take on Shakespeare’s Hamlet. The play reinvents the Bard’s most famous tragedy, now centered a new character name Juicy, a queer, Southern college kid. Already grappling with their identity, the ghost of his father shows up in Juicy’s backyard, demanding that they avenge his murder. Prior to the Public Theater staging, the play was presented as a digital staging by The Wilma Theater in 2021 during the COVID-19 shutdown.

“Every once in a while, we experience a play that is embraced by the audience with an almost shocking joy. When that happens, when the audience greets the production with a hunger that demonstrates the show is exactly what they need and want, the theater explodes. It’s the most exciting experience available to us theater-makers. Such a play, such a production, is Fat Ham,” says,” says producer Rashad V. Chambers, who co-produces on Broadway with No Guarantees, Public Theater Productions, and National Black Theatre. “James explores the deepest of issues with the lightest of touches, looking for a way to break cycles of violence and retribution and to find a hard-won joy. And Saheem has created a production that unleashed the pain and the joy of our age.”

The transfer represents NBT’s first production on Broadway, and only the third play to be transferred by a Black theatre in Broadway’s history. Roundabout Theatre Company, which operates the American Airlines Theatre, is not a producer of Fat Ham but the non-profit will be offering the show to subscribers as part of its 2022-23 season.

The Broadway production of Fat Ham will feature scenic design by Maruti Evans, costume design by Dominique Fawn Hill, lighting design by Bradley King, sound design by Mikaal Sulaiman, hair and wig design by Earon Chew Nealey, props by Claire M. Kavanah, illusions by Skylar Fox, fight direction by Lisa Kopitsky, and choreography by Darrell Grand Moultrie, with casting by Kate Murray. Kamra A. Jacobs will serve as the production stage manager and Ryan Kane will serve as the stage manager and Baseline Theatrical is the general management. Andy Jones and Dylan Pager will serve as Executive Producers.

Tickets will go on sale December 7 at 10 AM ET for American Express Card Members, before opening up to the general public December 12. For more information, visit FatHamBroadway.com.