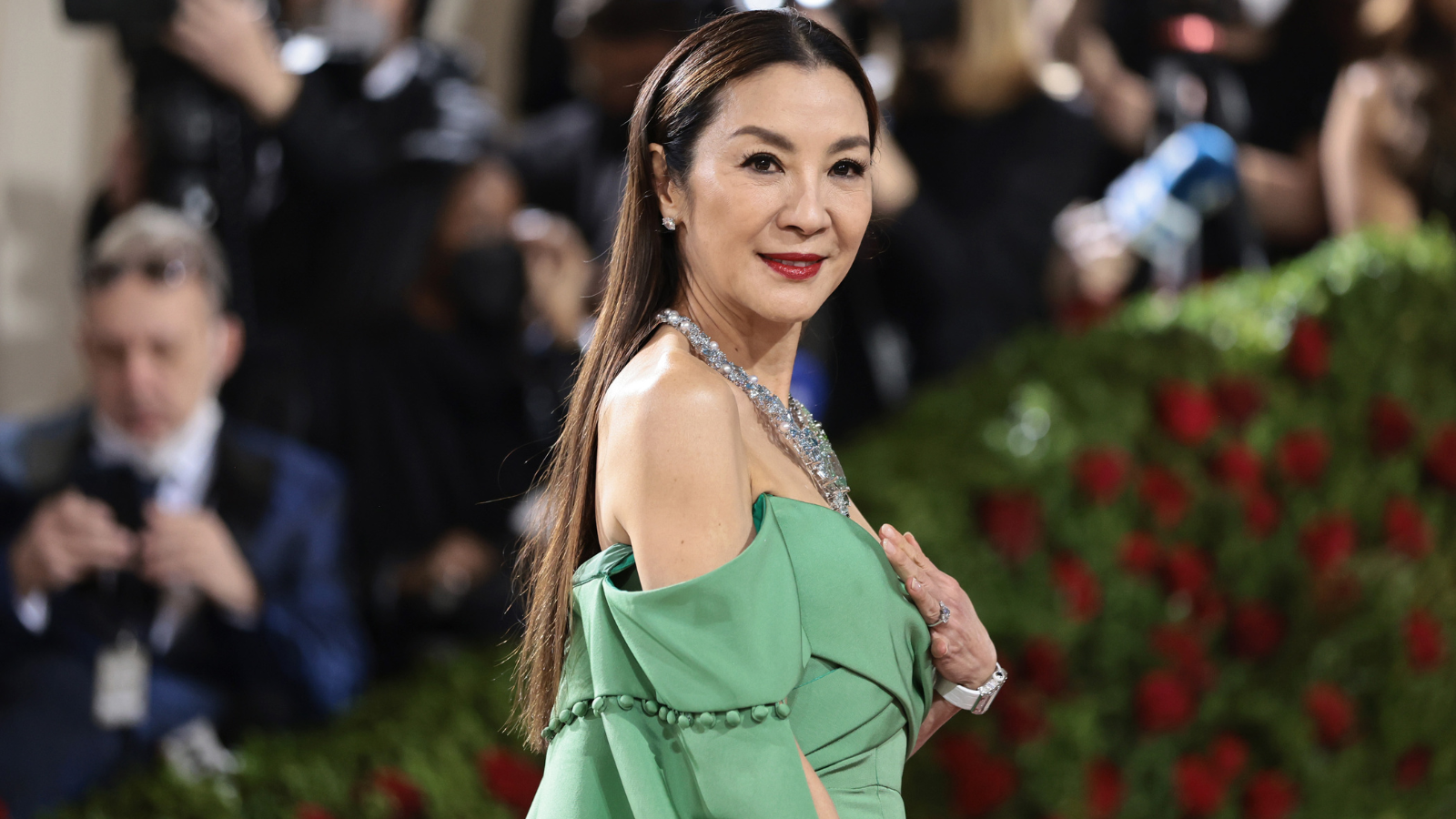 Shiz University is going to be verrrrry popular come application season next year! Hollywood legend Michelle Yeoh is the latest star to join the upcoming movie adaptation of Wicked. She'll play Madame Morrible, the scheming and extravagant headmistress of Shiz University, where Glinda and Elphaba first meet. The Hollywood Reporter also confirms that Jeff Goldblum will indeed play The Wizard as rumored.

Yesterday it was revealed that Ethan Slater will play Boq alongside Cynthia Erivo as Elphaba and Ariana Grande as Glinda. A few weeks ago, Olivier winner (and perennial hottie) Jonathan Bailey was announced as Fiyero. Jon M. Chu is directing the film, which will be split into two parts. All that’s left is to find out who is playing Nessarose and Doctor Dillamond.

Yeoh was recently named TIME Magazine’s Icon of the Year, thanks to her standout performance in Everything, Everywhere All at Once. Her other film credits include Crazy Rich Asians; Crouching Tiger, Hidden Dragon; Tomorrow Never Dies; and Shang-Chi and the Legend of the Ten Rings.

The first part of Wicked is slated to be released in theatres around Christmas in 2024 with the second to come the following year. The musical features a book by Winnie Holzman, who has also written the screenplay, and a score by Stephen Schwartz. The musical is based on Gregory Maguire’s novel of the same name. It opened on Broadway in 2003 at the Gershwin Theatre, where it continues to run today.

A prequel to The Wizard of Oz, Wicked follows the unlikely friendship that develops between Glinda and Elphaba from college before they became the Good Witch of the North and the Wicked Witch of the West, respectively.

For all things Wicked, check out Sentimental Men, a podcast hosted by Quincy Brown and Kevin Bianchi, presented by Theatrely.