A Goodbye Letter to COMPANY on Broadway 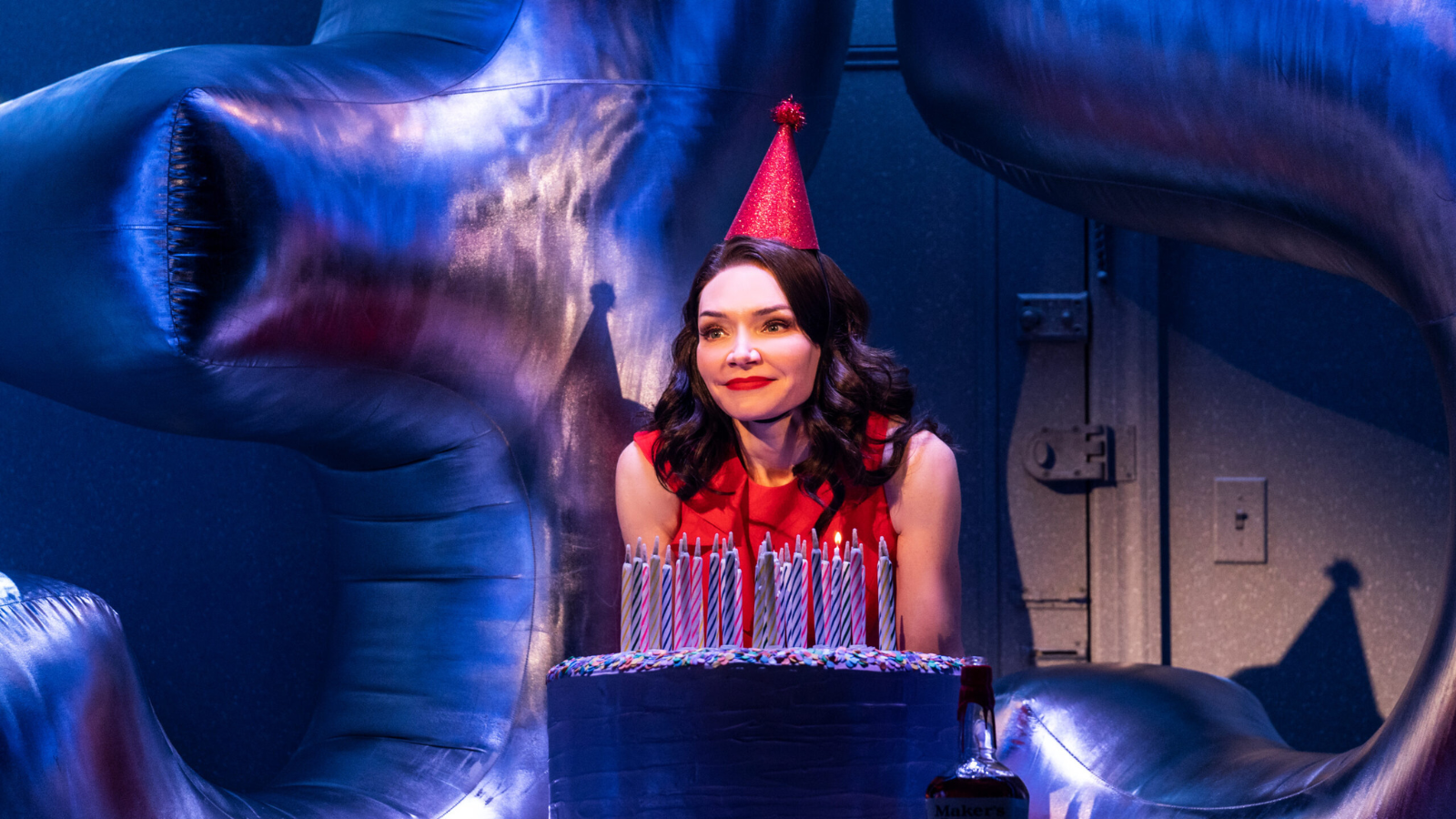 Will I pick you up or shall I meet you there or should we let it go?

Oh, Company, I’m really going to miss meeting you on 45th. Never have I understood a musical in so many different ways. Was it the subject matter? Maybe. The production design? Sure. Was it the overarching yearning for human connection that ricocheted from the stage and into the audience? Probably. Whatever it was, I’m grateful I could be there to witness the energy inside the Jacobs.

Penned by a giant (Sondheim), featuring a legend (LuPone), and starring a performer so riveting you can’t look away (Lenk), this revival packed a punch. The musical was first performed in 1970 and the 2021 production marks its third Broadway revival—not including productions on the West End, concerts, or a North American tour. There’s a reason artists and audiences alike come back to this work over and over. Nothing needs to be fancy…one might as well present the show in their own apartment. The show itself (including the book by George Furth) introduces a microcosm of New York, a friend group in their mid-30s, with one single stuck in the middle of a sea of married couples. Here we follow Bobbi, unmarried and unsure of the concept as a whole. There’s longing, apathy, desire, and confusion, a combination that’s sure to strike a unique chord for each individual in the theatre.

This particular revival, led by Tony Award-winning director Marianne Elliott, is packed with surprises and sprinkled with charm. The scenic design of the show is brilliant, though there may have been some automation issues throughout the beginning of the run (I personally think that was part of the charm—sometimes big risks require a little extra workshopping). From the living room couch to an empty block during a rainstorm, we have an exciting adventure throughout the city and through all perspectives of whether marriage is worth the commitment. With smooth transitions and sleek design, the set is an afterthought… until it’s not. The delight of the suspended-above-the-stage orchestra reveal. The anticipation of the larger-than-life letters assembling to spell out NYC. The teensy, tiny, bottle of bourbon. If you look away for too long you might miss what all the applause is about.

Yes, there are cheers and laughter for the curated visuals, but more than anything, this musical sits with its stillness. Elliott amplifies exact moments where Bobbi’s longing is an afterthought, and others where the hurt is so loud it oversees the action (see: the desperate plea of “Marry Me a Little” or her almost-dead serious request to marry Jamie.) As the character’s internal conflict increases, time flows in slow motion, the physical action near-frozen to allow the heart to come through. Emotions like an ocean wave. Overwhelming silence from the raucous and chaos. Sitting in the audience, it is near impossible to not be moved by this.

I can’t pretend to understand Stephen Sondheim on an intimate level, much less be a scholar on his work like so many others, but through Company I gained a much greater understanding of his work, particularly the unwavering priority of storytelling through song. Again, no scholar, but I hear Katrina Lenk’s “Being Alive” and experience a full conversation, though she is standing alone onstage. It is as though the racing thoughts have been cracked open, guards let down, and the lucky audience members get to experience the visceral emotions of a relationship with the ability to walk away when it gets too hard. Observation at its finest. Through casting, design, and moments that make you think, Company brought a slice of life that challenged what you expected from a 1970’s musical. All of the pieces came together after years of work (including the shutdown, of course) and provided a production somehow both cutting edge and familiar. Challenging and comfortable.

I am incredibly sad to see this production go. It was a foray into a different circle, a new perspective on the same city, a case for keeping company in your life and fighting for your biggest desires. Company was like a community. I hope to see it again someday.

Sorry, grateful, regretful, happy, and yours,

P.S. A North American tour of the production will launch in the 2023-2024 season. Dates and locations have not been announced, but maybe I’ll be one of those people getting off of the train, or the plane, or the bus for Company.