COME FROM AWAY Sets Final Performance Date on Broadway 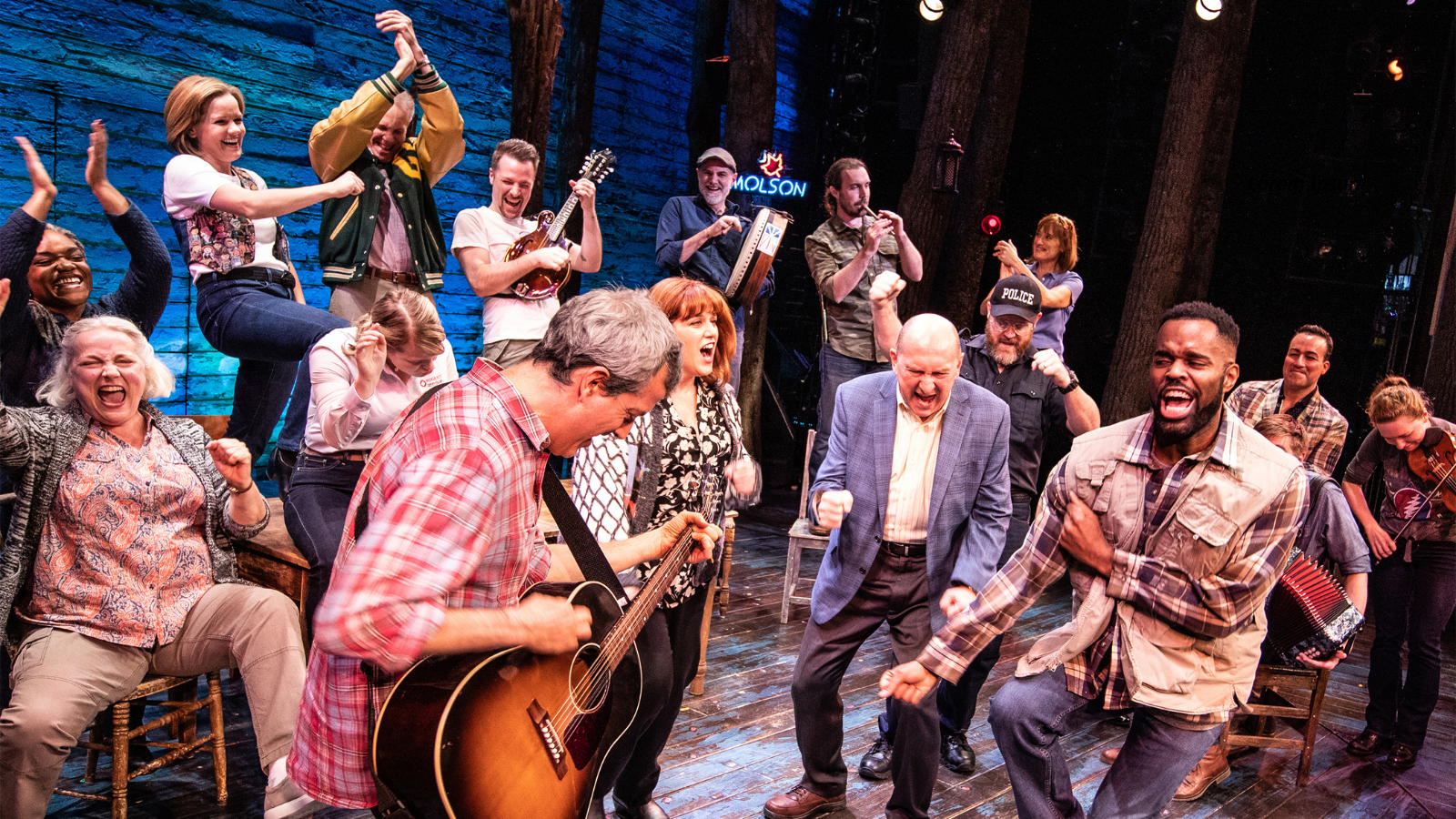 The Broadway cast of Come From Away | Photo: Matthew Murphy

Heave away! The Broadway production of Come From Away will close October 2, playing its final show at the Gerald Schoenfeld Theatre after 1,670 performances and 25 previews.

The Olivier-winning musical will be the 49th longest-running production in Broadway history, and the longest-running show in the 105-year history of the Gerald Schoenfeld Theatre. That milestone will be celebrated June 15. As previously announced, original Broadway cast member Jenn Colella, who earned a Tony nod for her performance, will return June 21 for a limited engagement this summer.

“We are immeasurably grateful for the past five years, to… our entire team, for the support of this incredible Broadway community, and for our audiences who embraced and celebrated a story about kindness and being good to one another—a message which is needed now more than ever,” said authors Irene Sankoff and David Hein. “Winning awards around the globe and becoming the most successful Canadian musical is a testament to this story and the incredible artistry of every member of our Come From Away family. But we’re even more proud of the good we’ve all been able to do with this show: packing meals for food banks on 9/11, paying it forward with random acts of kindness and raising millions of dollars for countless charities.”

Beyond Broadway, Come From Away will continue its North American tour and West End productions. In addition, stagings in Oceania and Canada will return soon, along with a Netherlands production in Dutch and an Argentinian production in Spanish.

The show premiered at La Jolla Playhouse and Seattle Repertory Theatre prior to opening on Broadway March 12, 2017. The production scored 7 Tony nominations, including Best Musical, and won the Tony Award for Best Direction of a Musical for Christopher Ashley. The original musical recouped its $12 million capitalization in less than 8 months on Broadway. Following the Broadway shutdown, Come From Away reopened on September 21, 2021, after a special free performance with Ford’s Theatre at Washington D.C.’s National Mall in front of the Lincoln Memorial. The live capture of the musical, filmed at the Schoenfeld, is streaming on Apple TV+.

‍Come From Away features a book, music, and lyrics by Sankoff and Hein, direction by Ashley, musical staging by Kelly Devine, and music supervision by Ian Eisendrath. The musical tells the true story of 7,000 stranded passengers and the small town in Newfoundland that welcomed them in the aftermath of 9/11.