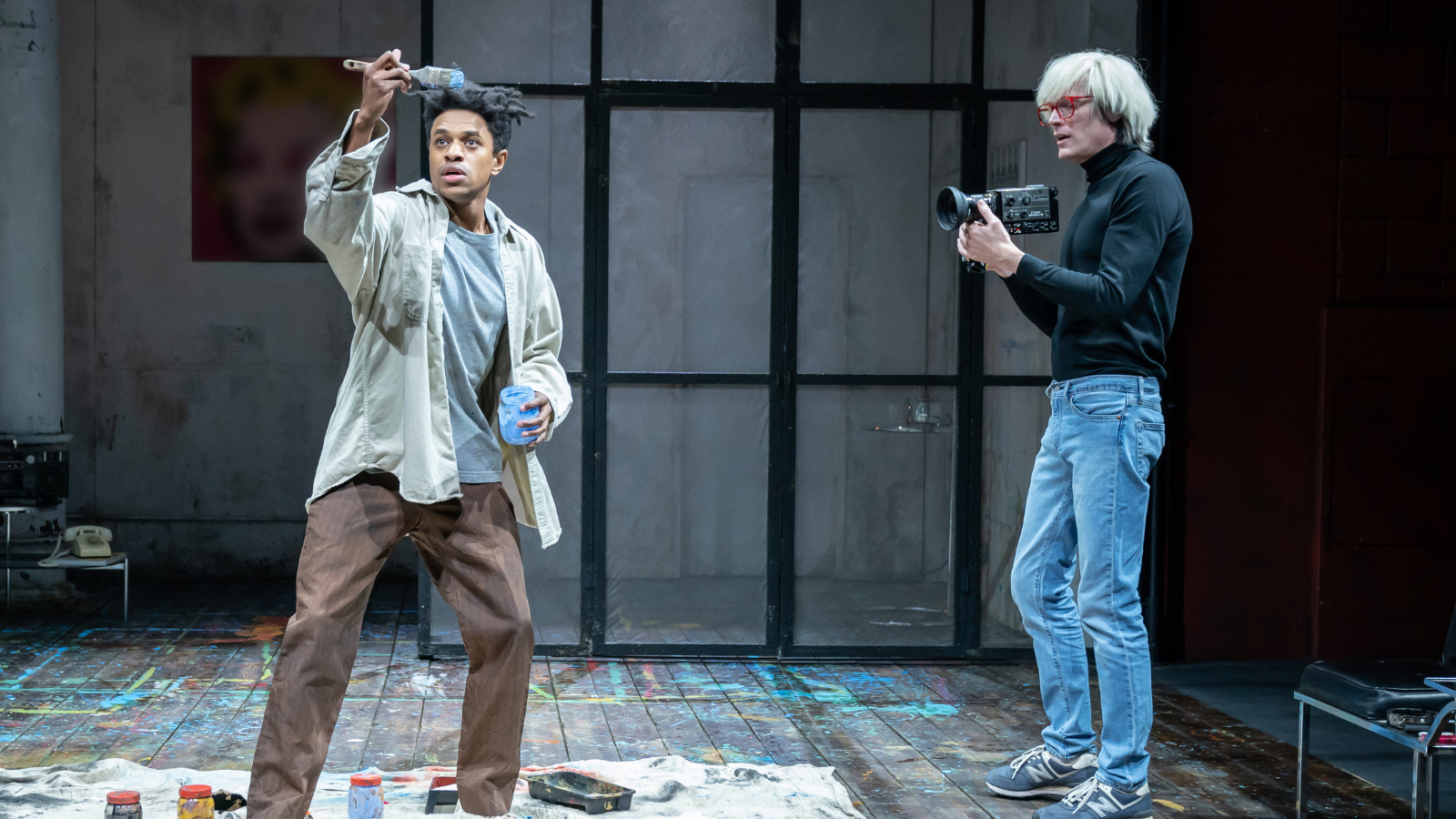 Two of the world’s most significant contemporary artists will come to life on stage soon. Anthony McCarten’s The Collaboration will transfer to Broadway in a Manhattan Theatre Club co-production with the Young Vic Theatre, where it premiered in London earlier this year.

Tony nominee Jeremy Pope (Choir Boy) and Emmy nominee Paul Bettany (WandaVision) will reprise their performances as Jean-Michel Basquiat and Andy Warhol, respectively, in this new play. The work is set In the summer of 1984, as the artists agree to work together on a highly anticipated exhibition.

‍The Collaboration will begin previews on November 29 at the Samuel J. Friedman Theatre ahead of a December 20 opening. The Young Vic leader Kwame Kwei-Armah will helm the production after directing the U.K. production. This is the second transfer from the London venue on Broadway this season—Wendell Pierce and Sharon D Clarke are reprising their roles from the Olivier-winning Death of a Salesman revival.

Additional cast members and the creative team will be announced later. The play is presented by special arrangement with Eleanor Lloyd Productions, Anthology Theatre, Stanley Buchthal, and Denis O’Sullivan.

Prior to The Collaboration, MTC will present the Broadway premiere of Martyna Majok’s Pulitzer Prize–winning drama Cost of Living in the fall. Off-Broadway, the world premiere of Tony and Pulitzer Prize winner David Auburn’s Summer, 1976 will kick off MTC’s fall season. It will play at New York City Center–The Studio at Stage II opposite the play-with-music Where the Mountain Meets the Sea by Jeff Augustin at NYCC–Stage I. In the spring is the premiere of Qui Nguyen’s Poor Yella Rednecks.

Exact dates for those shows are forthcoming, as is the announcement of two more productions during MTC’s 2022–2023 season, including a Spring 2023 offering at the Friedman.

It seems the ‘80s are having a bit of a comeback on Broadway. In addition to The Collaboration, it was recently announced that Back to the Future would fly onto Broadway following a successful London debut. In addition, the Duffer Brothers are currently at work on a stage adaptation of Stranger Things.