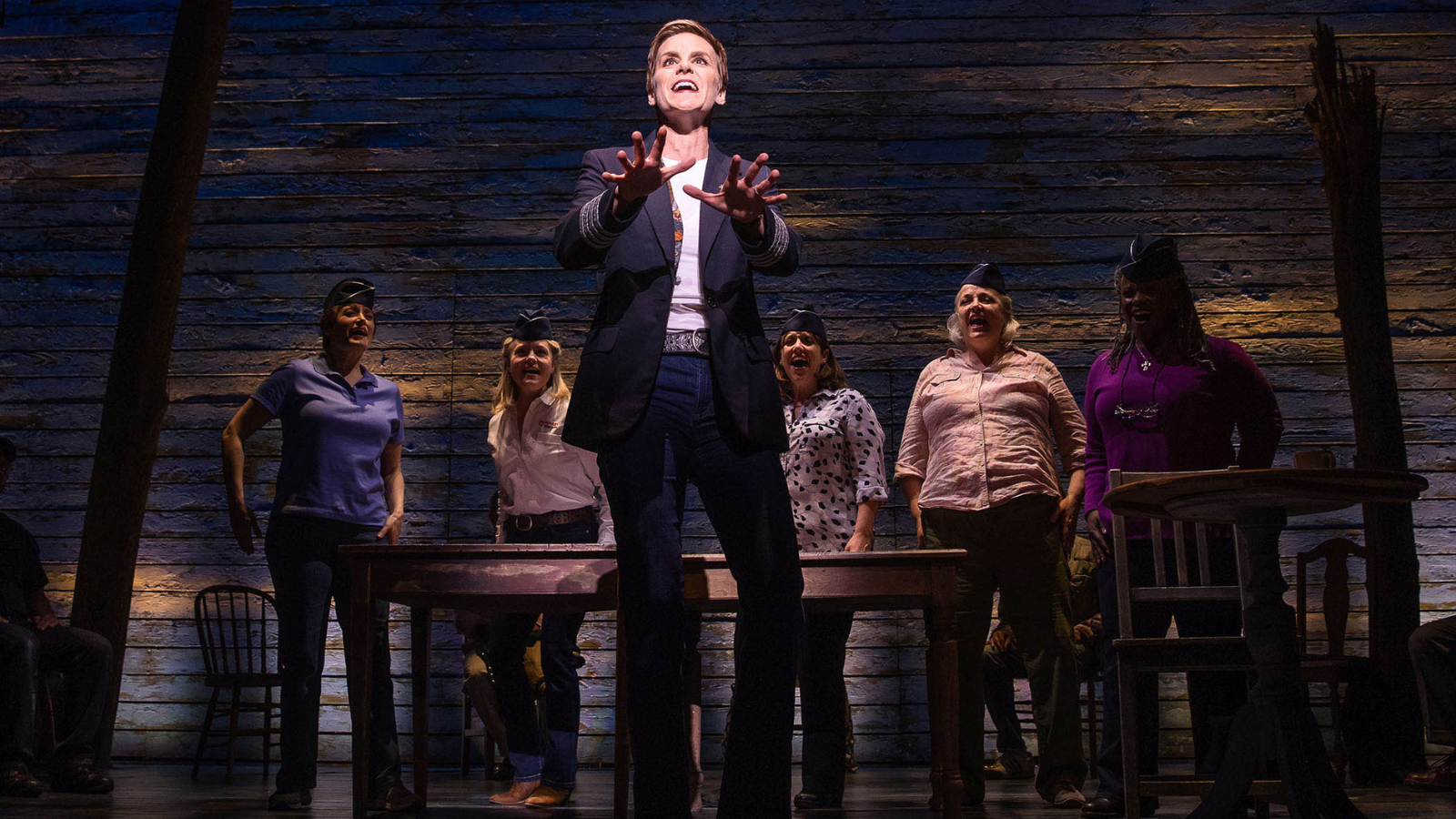 Jenn Colella in Come From Away | Photo: Matthew Murphy

Several original Broadway cast members from Come From Away are returning to give the musical a proper send off. Tony nominee Jenn Colella will take to the skies again September 27 as Beverly Bass/Annette with original Broadway cast dance captain and standby Josh Breckenridge stepping up into the role of Kevin J./Ali. As previously announced, fellow OBC member Petrina Bromley will return to the role of Bonnie the same date.

The musical will close October 2 at the Schoenfeld Theatre, having played 1,670 performances and 25 previews. Upon closing, Come From Away will be the 49th longest-running production in Broadway history and the longest-running show in the theatre’s 105-year history.

Colella already returned to Come From Away on Broadway, reprising her performance in June 21 for a limited engagement.

‍Come From Away has now been on Broadway for over 5 years, having opened March 12, 2017. In addition to Colella’s nomination, the musical scored 6 nods, including Best Musical and Best Original Score, and won Best Direction for Christopher Ashley. It reopened September 21 last year following the COVID-19 pandemic shutdown.

Additional productions are currently playing in London’s West End, where it won the Olivier Award for Best New Musical in 2019, on tour in Australia and New Zealand, and on tour in North America. A new staging will return to Toronto in 2024, following a planned sit-down engagement in Ottawa, Canada. A film capture of the show is currently available to stream on Apple TV+.

Featuring a book, music, and lyrics by Irene Sankoff and David Hein, Come From Away follows the true story of 38 planes, carrying around 7,000 passengers, that descended upon Gander, Newfoundland in Canada in the aftermath of 9/11. Faced with short supplies, cultural tensions, and security fears, the town and new arrivals must band together in the face of tragedy.