Sheryl Lee Ralph, Jean Smart, and All the Broadway Crossovers at the 2022 Emmy Awards 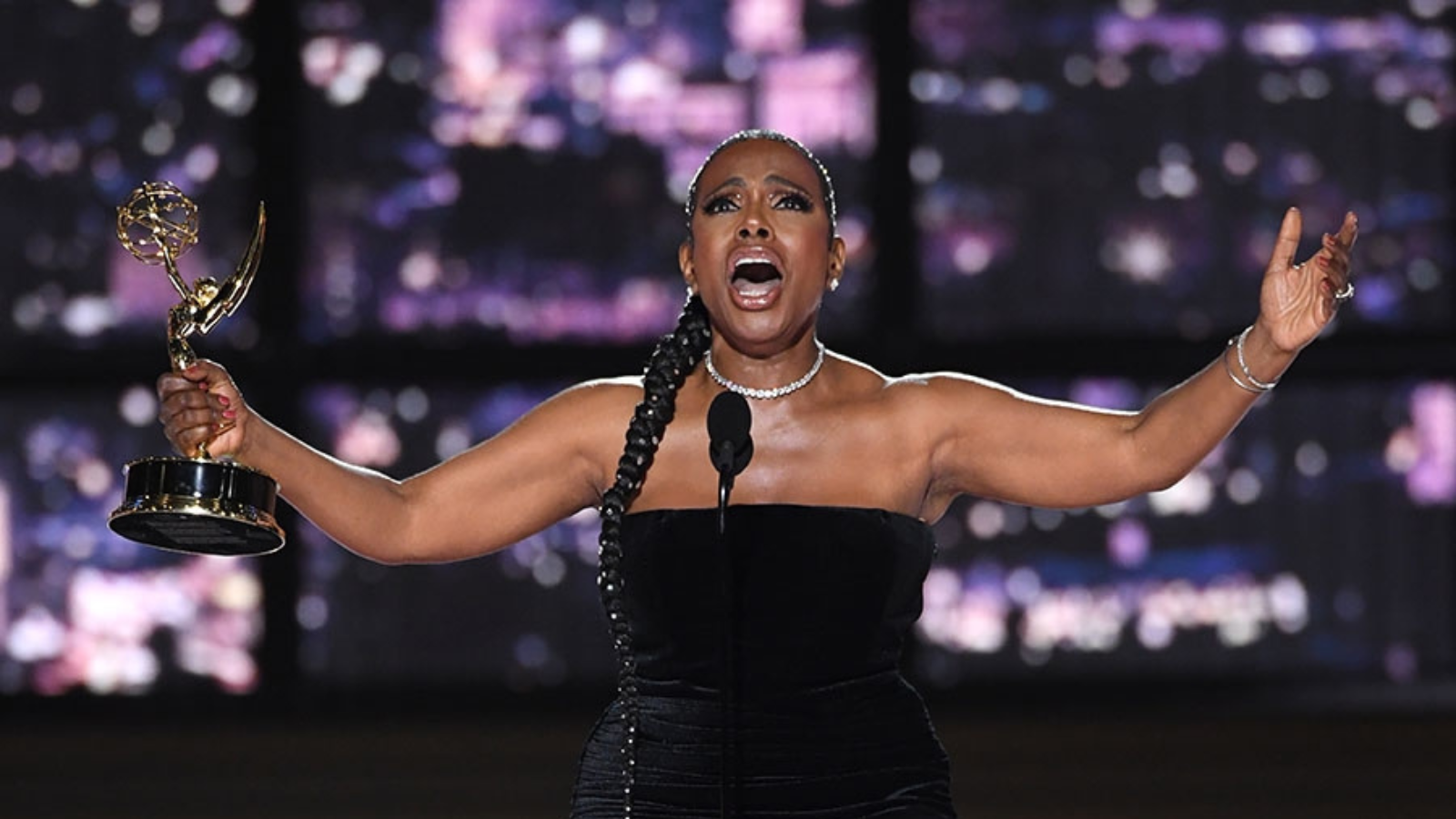 Now, that’s how you win an Emmy! Dreamgirls original Broadway cast member and Tony nominee Sheryl Lee Ralph took to the podium at the Microsoft Theatre September 12 to accept the award for Outstanding Supporting Actress in a Comedy Series by singing a song. It was the perfect crossover theatre-meets-TV moment that Broadway fans live for. That wasn’t the only moment that had us thinking about the stage last night; check out the many winners with theatre cred below.

Looping back to Ralph, her Abbott Elementary costar and the show’s creator, Quinta Brunson, won Outstanding Writing for a Comedy Series. This one’s a bit of a six-degrees-of-separation situation but it’s worth noting that Brunson will next appear in Weird: The Al Yankovic Story (as Oprah, no less!), starring Daniel Radcliffe, who is coming to Off-Broadway in a highly anticipated revival of Stephen Sondheim’s Merrily We Roll Along. (Anything to get a Sondheim mention, amirite?)

The Limited Series categories were dominated by The White Lotus, with Broadway alums and gay icons Murray Bartlett (M. Butterfly) and Jennifer Coolidge (The Women) winning for their supporting performances in the HBO critical darling. The show’s creator Mike White, who has his own theatre connection—he wrote School of Rock, which went on to become a Broadway musical—won for Outstanding Writing for a Limited or Anthology Series or Movie, also taking home Outstanding Director and Outstanding Limited Series.

Also in the Limited Series arena, Mamma Mia! and Mean Girls movie star Amanda Seyfried won Lead Actress for her performance as Elizabeth Thanos in Hulu’s The Dropout. In addition to her screen prowess, the millennial favorite starred Off-Broadway in Neil LaBute’s The Way We Get By in 2015.

Wrapping up, Broadway’s favorite TV show, Succession, won Outstanding Drama Series, with West End alum Matthew Macfadyen taking home Supporting Actor. Elsewhere, Gen-Z icon Zendaya won her second Lead Actress Emmy for her performance as Rue in Euphoria and Lee Jung-jae, who first got his start as the title prince in Hamlet at a drama school in Korea, won Lead Actor for his work in the Netflix breakout Squid Game.

Congratulations to all the winners! Here’s to more TV-Broadway connections in the future.