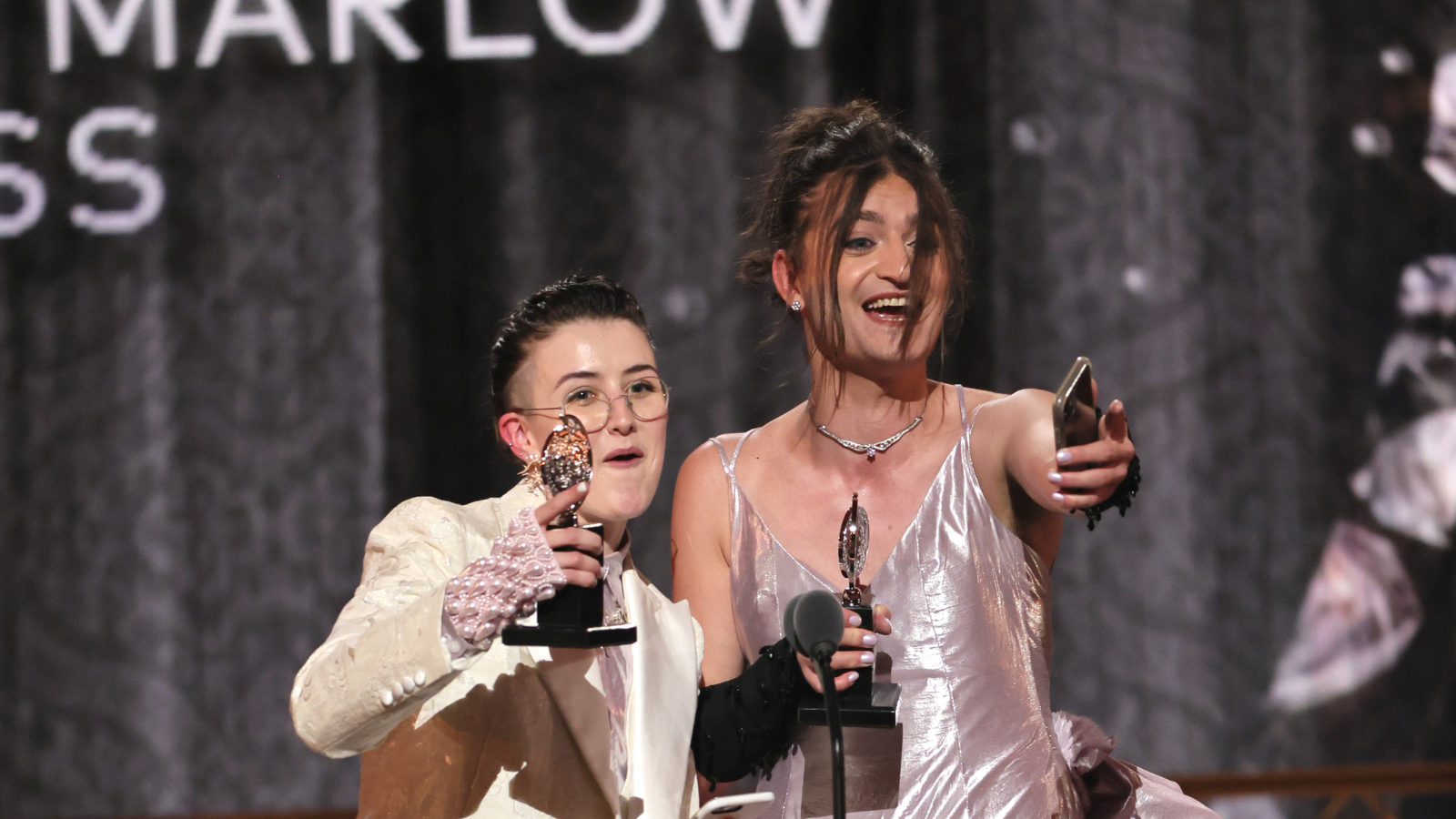 The queens have emerged victorious. Toby Marlow and Lucy Moss have won the Tony Award for Best Original Score Written for the Theatre for Six. The duo were crowned the winners June 12 at the 2022 Tony Awards on the stage of Radio City Music Hall. Marlow and Moss beat out an incredible slew of composers and lyricists including Michael R. Jackson for A Strange Loop, Tom Kitt and Michael Korie for Flying Over Sunset,  Jason Robert Brown and Amanda Green for Mr. Saturday Night, and Jason Howland, Nathan Tysen, and Masi Asare for Paradise Square.

The musical, which follows the six wives of Henry VIII as they reclaim their narrative through an American Idol–style singing competition, is written by Toby Marlow and Lucy Moss and co-directed by Moss and Jamie Armitage.

Marlow and Moss made their Broadway debut with SIX: The Musical after the duo hopped the pond from the U.K. where the show has been extremely successful. The show earned five Olivier Award nominations, including Outstanding Achievement in Music for the pair and music supervisor Joe Beighton and orchestrator Tom Curran. This was the pair’s first Tony nomination.