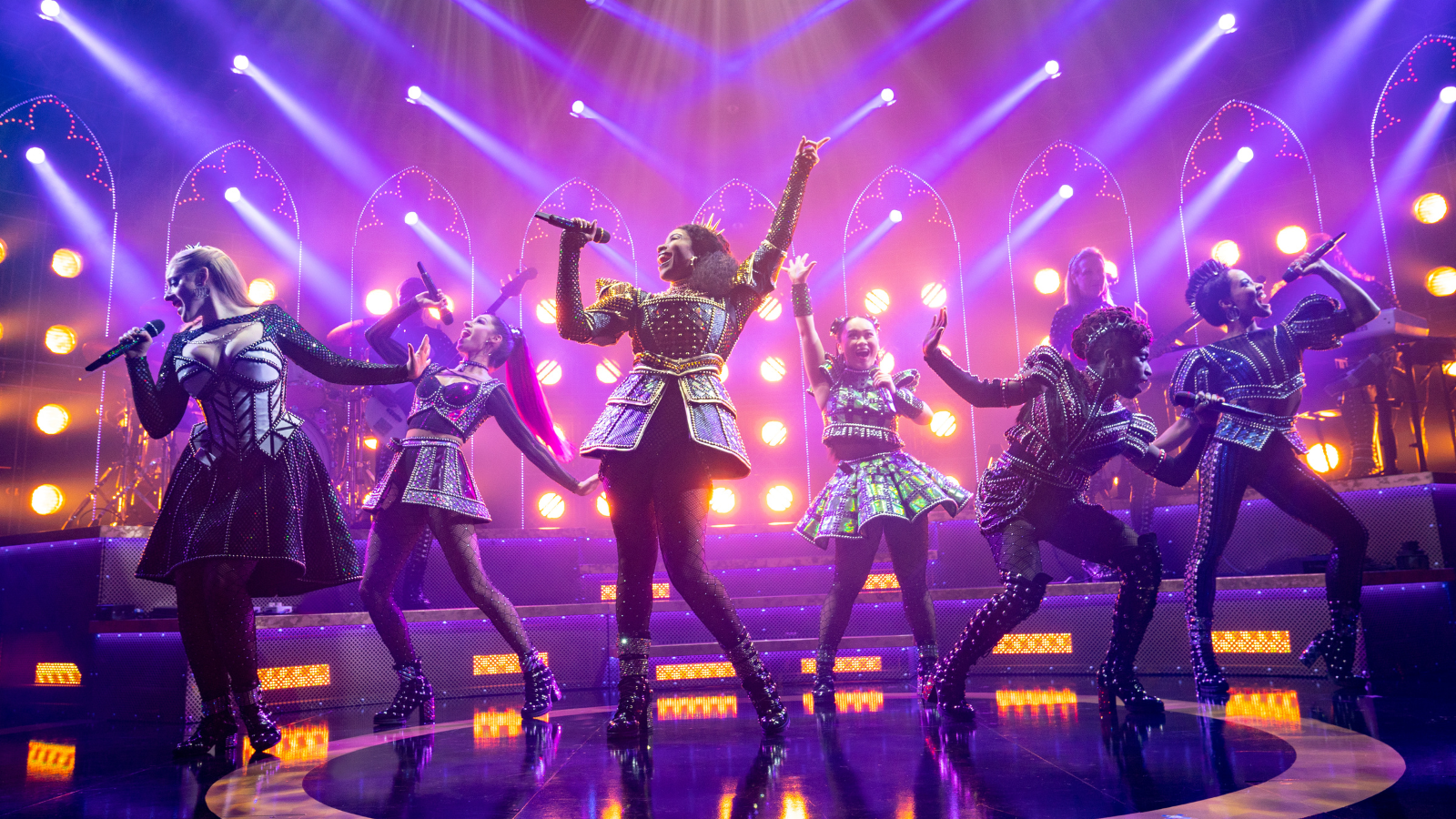 The one(s) you’ve been waiting for have arrived! Two new principal cast members of the hit Broadway musical Six took their first curtain call bow together August 9 at the Brooks Atkinson Theatre (soon to be renamed for Lena Horne).

Check out Brennyn Lark as Catherine Parr and Keri René Fuller as Jane Seymour (who has previously stepped into the role on occasion), along with original cast members Brittney Mack as Anna of Cleves and Samantha Pauly as Katherine Howard, performing some of the finale “Megasix” below. (Note: new cast member Bre Jackson began the show but alternate Nicole Kyoung-Mi Lambert came on as Catherine of Aragon mid-performance. Andrea Macasaet was also out last night, with Courtney Mack swinging in.)

The musical follows the six wives of Henry VIII as they reclaim their narrative through an American Idol–style singing competition. It is written by Toby Marlow and Lucy Moss and co-directed by Moss and Jamie Armitage, with choreography by Carrie-Anne Ingrouille. A Broadway cast recording, Six: Live on Opening Night, debuted in May at Number 1 on the Billboard cast album charts and surpassed 6 million streams in its first month.

Outside of NYC, Six launched the Aragon tour earlier this year in Chicago and is currently playing in Washington, D.C., through September 4. The Boleyn tour will launch in Las Vegas at The Smith Center for performances running September 20–October 2. The musical is also currently playing in London’s West End at the Vaudeville Theatre, along with national tours in the U.K. and Australia/New Zealand.