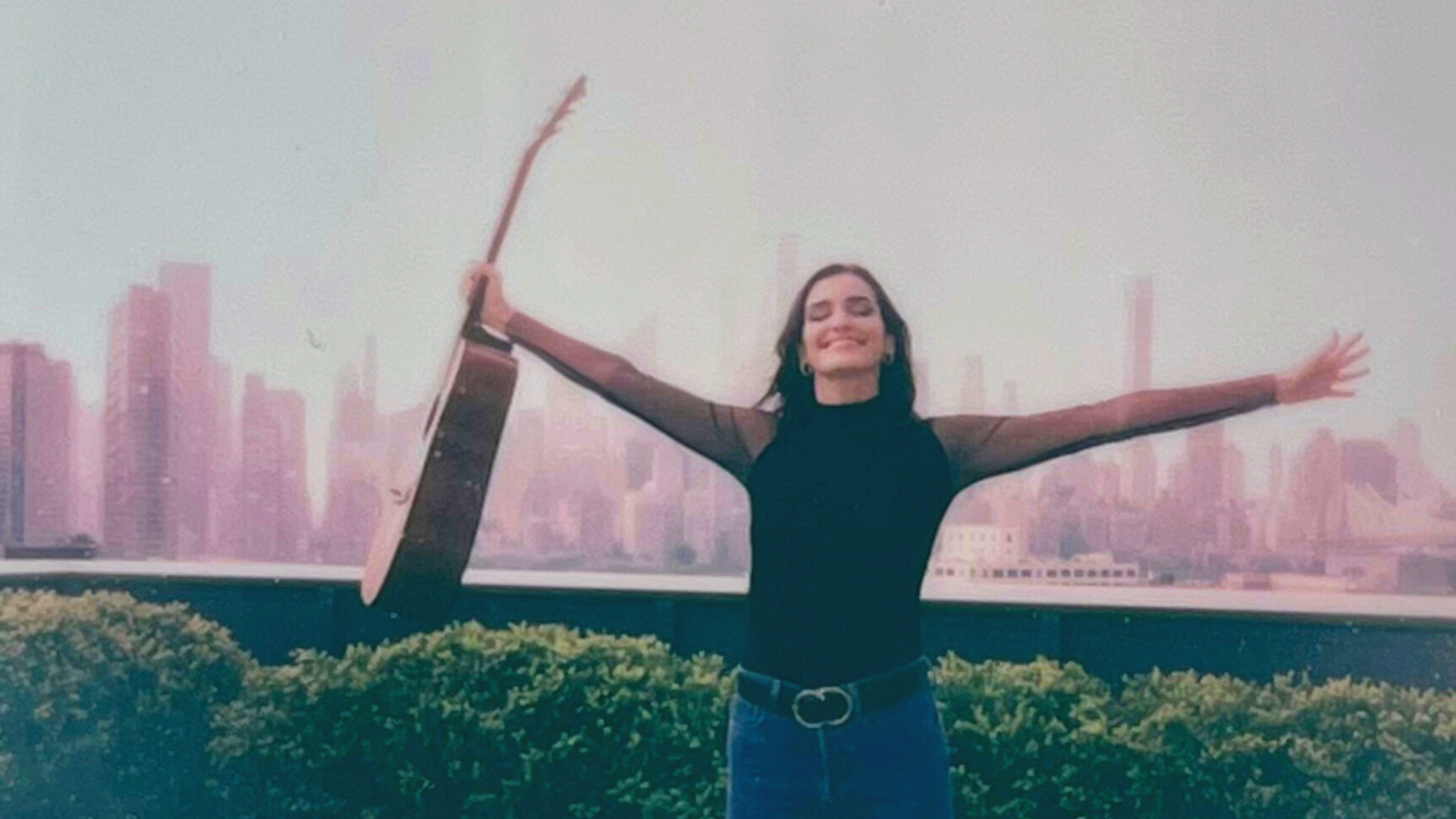 Pick a road, start blasting some tunes, and pretty soon, you’ll be merrily. That’s the message we’re getting from singer-songwriter Eleri Ward, who croons “Merrily We Roll Along” off of her new album, Keep a Tender Distance. Listen to the track below.

The album is another folk guitar exploration of Stephen Sondheim’s musical theater canon. It’s a follow-up to the Sondheim-meets-Sufjan Stevens–themed A Perfect Little Death, released in 2021.

‍Keep A Tender Distance, from Ghostlight Records, is available for pre-order and will be out September 16. Click here for more information.

The LP features several songs currently heard on Broadway: “Stay with Me,” “Agony,” “I Know Things Now,” and “No One Is Alone” from Into the Woods. It also includes  “Another Hundred People,” and “Marry Me a Little” from Company, and “Not a Day Goes By” in addition to the title track from Merrily We Roll Along. Ward also sings numbers from A Little Night Music, Assassins, and Sunday in the Park with George.

The new album’s first single, “Not While I’m Around,” from Sweeney Todd: The Demon Barber of Fleet Street, is available to listen to now. Keep a Tender Distance is produced by Allen Tate and Ward, and arranged by Ward, with string arrangements by Ellis Ludwig-Leone.

Ward is coming off her stint as the opener for Josh Groban’s summer tour. This fall, she will be a member of the ensemble in the Off-Broadway world premiere of Only Gold at New York’s MCC Theater. The musical features a score by Kate Nash and a book by Ted Malawer and director-choreographer Andy Blankenbuehler.

“Making this second album has been entirely different than the first in many ways, first of which is: collaboration,” says Ward. “I created the arrangements myself, but went into each studio session with an open mind of what each song could ultimately be… I went into recording this album with a lot of open space, not wanting to confine myself into any set arrangement, and that allowed for these collaborations to really bring everything to the next level.”