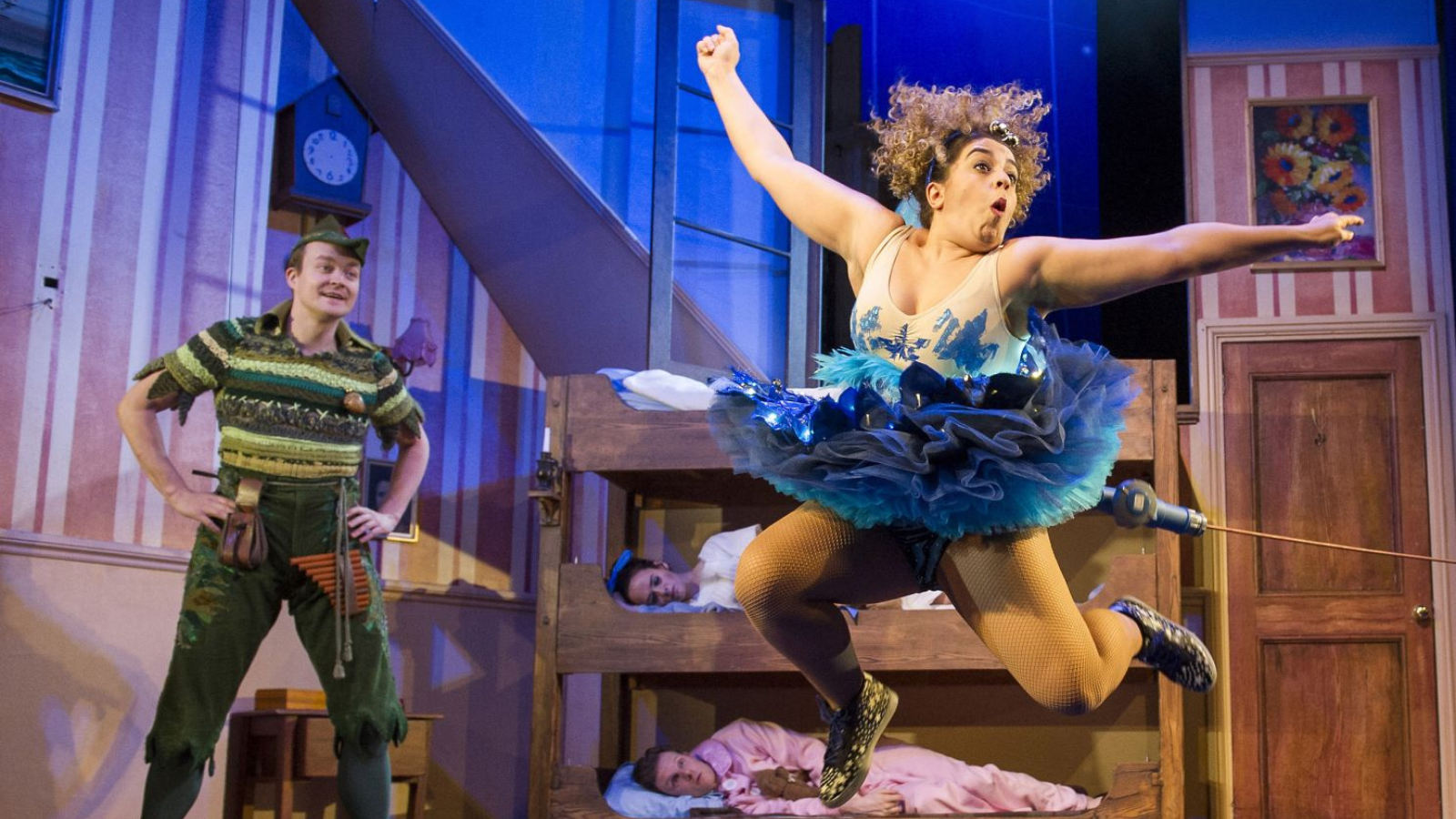 Third star to the left and straight on til nightfall! (Wait, no…that’s not right.) Mischief Theatre’s Peter Pan Goes Wrong is coming to Broadway this spring with previews starting March 17 at the Barrymore Theatre. Opening night is set for April 19.

The play is set in among a theatre troupe as they try to put on a production of J.M. Barrie’s classic tale Peter Pan when Murphy’s Law (everything that can go wrong will) goes into effect.

The show originally opened in 2013 at London’s Pleasance Theatre before embarking on a U.K. tour and premiering in the West End, where it scored an Olivier Award nomination in 2016 for Best New Comedy. A film capture premiered later that year on British television. Peter Pan Goes Wrong made its North American premiere in 2022 at the Citadel Theatre in Edmonton, Canada.

Elsewhere in the world of plays on Broadway in March, the Jessica Chastain-led A Doll’s House (another U.K. transfer) will open at the Hudson Theatre. Later in the month, the Pulitzer Prize–winning play Fat Ham will begin previews at the American Airlines Theatre and the stage adaptation of Life of Pi will open at the Schoenfeld.

Meanwhile, musicals will explode onto the scene, with a starry Sweeney Todd revival opening at the Lunt-Fontanne and Andrew Lloyd Webber’s Bad Cinderella doing the same two thing across the street at the Imperial. Starting previews that month is Bartlett Sher and Aaron Sorkin’s new take on Camelot, starring Andrew Burnap, Jordan Donica, and Phillipa Soo, among others.