Broadway Will Become Mask-Optional This July 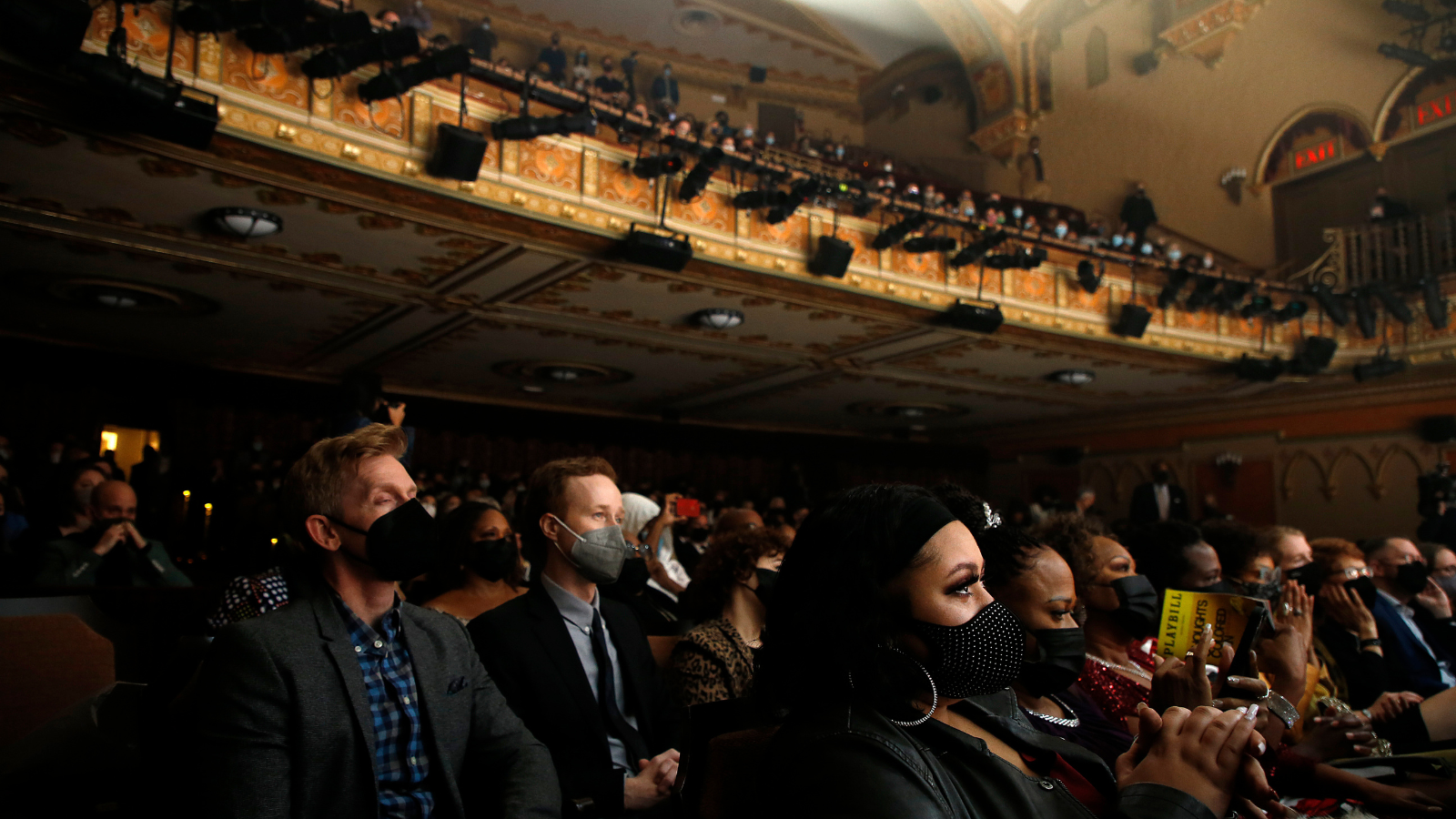 Audiences at Thoughts of a Colored Man | Photo: John Lamparski/Getty

Broadway theatres are opening up even more. The Broadway League has announced that venues will become mask-optional for the month of July, kicking off a trial period of maskless audiences. The new system will next be evaluated in mid-July and will continue on a monthly basis, using the latest health and safety guidelines to form a policy for audiences in theatres.

“Millions of people enjoyed the unique magic of Broadway by watching the 75th Tony Award Ceremony recently. Millions more have experienced Broadway live in theatres in New York City and throughout the U.S., since we reopened last fall,” said The Broadway League President Charlotte St. Martin. “We’re thrilled to welcome even more of our passionate fans back to Broadway in the exciting 22-23 season that has just begun.”

While patrons will not be required to wear a mask anymore, they are encouraged to do so by certain government officials. Elsewhere in NYC, ongoing city mask mandates require them on public transportation, and many indoor spaces, like museums and restaurants, can require them at their own discretion.

With the Tony Awards behind us, and only a few shows opening before September, there's plenty of time to see some of your favorites that are scheduled to close later this year. As the 2022-2023 Broadway season shapes up with new musicals, Olivier-winning plays, revivals, and more, one thing’s for sure: we’ll finally be able to see all of those smiling faces.