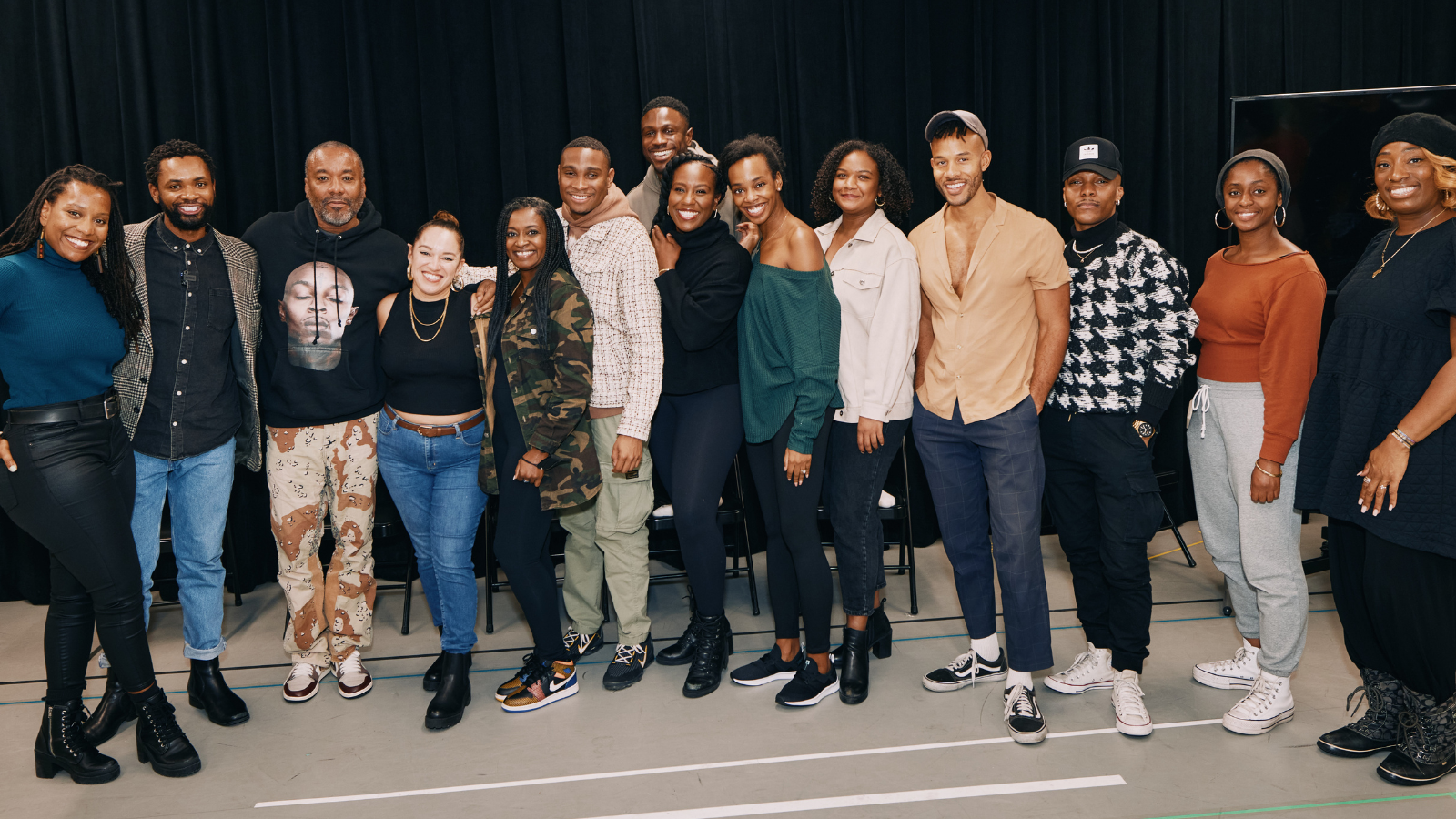 The cast of Ain’t No Mo’ with producer Lee Daniels | Photo: Emilio Madrid

Ladies and gentlemen, African American Airlines is now boarding on 44th Street. The complete cast for Jordan E. Cooper’s Ain’t No Mo’ has been announced, with several Broadway alums joining the play. As previously announced, the show begins previews November 3 at the Belasco Theatre ahead of a December 1 opening night. Upon its premiere, Cooper will become the youngest American playwright to have a show on Broadway.

The cast will feature Fedna Jacquet, Marchánt Davis, Shannon Matesk, Ebony Marshall-Oliver, and Crystal Lucas-Perry as the numbered passengers (similar to the Thoughts in A Strange Loop), in addition to Cooper as Peaches, a flight attendant. The understudies are Nik Alexander, Jasminn Johnson, Michael Rishawn, Kedren Spencer, Brennie Tellu, and Emma Van Lare.

Of note, Jacquet, Davis, and Marshall-Oliver are reprising their roles from the critically-acclaimed Off-Broadway production at The Public Theater. Elsewhere, Lucas-Perry is currently starring as John Adams in 1776, which opens October 6 at the American Airlines Theatre. Kristolyn Lloyd will take over the role October 25.

The comedy posits what life would look like if America offered its Black citizens a one-way ticket back to Africa, combining sketch comedy, satire, and avant-garde theatrics. For more information and tickets, click here.

Cooper is one of several Black playwrights represented on Broadway this season. A revival of August Wilson’s The Piano Lesson, starring Danielle Brooks and Samuel L. Jackson, is currently in previews at the Barrymore Theatre. In addition, Suzan-Lori Parks’ Pulitzer Prize–winning Topdog/Underdog is now playing at the Golden.