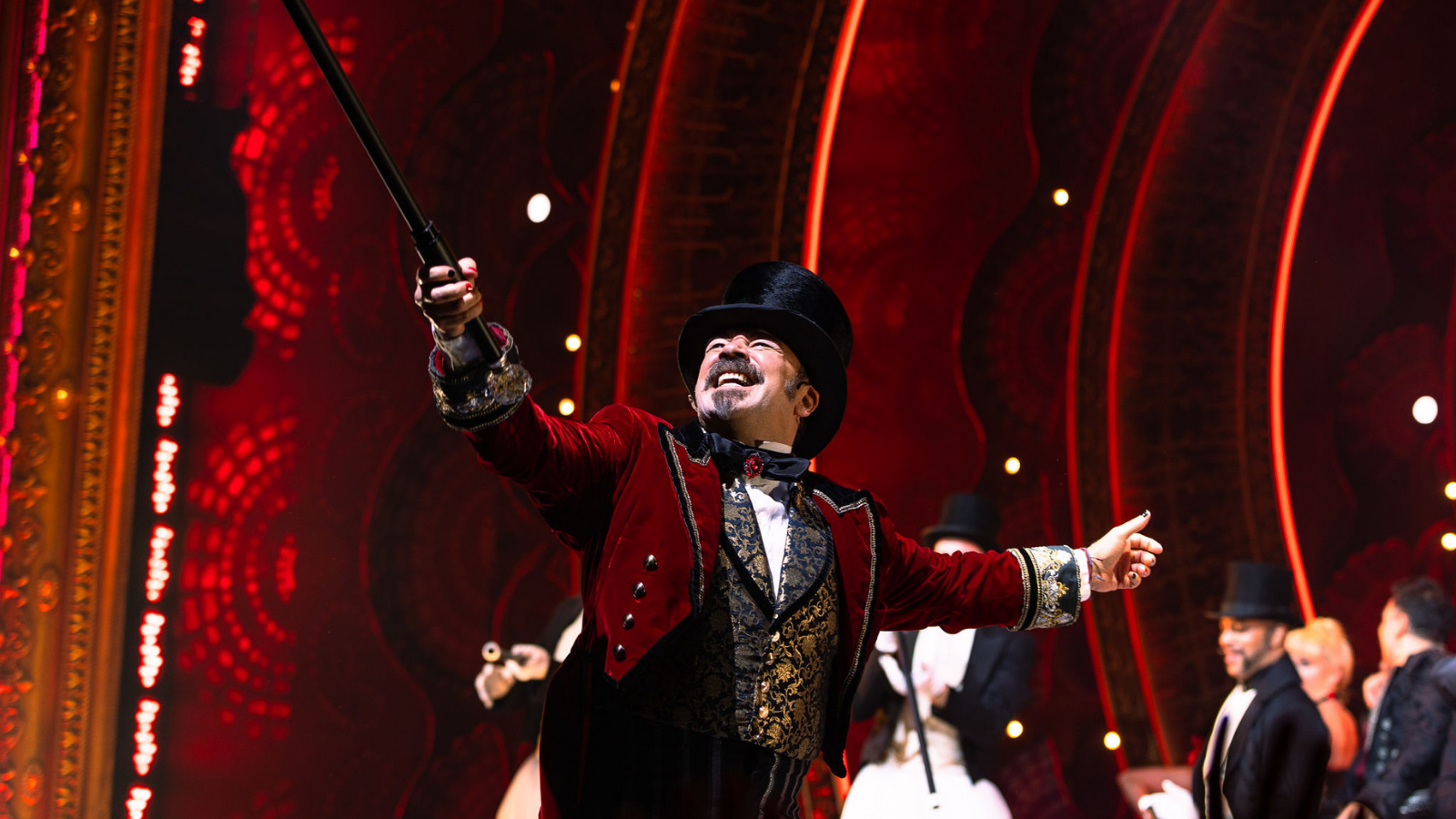 On any typical night at the Al Hirschfeld Theatre before the curtain rises for Moulin Rouge! The Musical, there is a certain excitement that brews in the air. Walking in and seeing Derek McLane’s Tony winning scenic design truly immerses the audience in a way that is so rarely experienced in a Broadway house.

The musical also took home Best Choreography for Sonya Tayeh and Best Direction for Alex Timbers, who both welcomed the audience to a rapturous standing ovation at the top of the show. “This is our first show after a very exciting Sunday night. On behalf of everyone in this building, we are so excited to share this evening with you,” said Timbers. “It was absolutely thrilling to see all of our community celebrated, and we are so happy that you are here,” added Tayeh.

In the acting categories, Aaron Tveit took home the award for Best Actor in a Musical for his portal as Christian and Danny Burstein finally received his long overdue medal for playing the exuberant emcee Harold Zidler. Both Tveit and Burstein received standing ovations at their entrances from a welcoming crowd that was all here to celebrate this spectacular extravaganza.

Chatting with one audience member sitting next to me during intermission, he mentioned he was in the audience tonight specifically for Mr. Burstein. He went on to tell me he has always been a fan of the 57-year-old actor and seen him perform many times throughout the years. “I just knew I had to be in the house for his first performance after winning,” he told me. When asking how it was as we walked out this evening, he provided a two word answer. “Worth it.”

After tonight, one thing is clear. Both New York and the Tony Voters love the Moulin Rouge, and it’s clear it is here to stay for a very long time.

“Moulin Rouge! The Musical” is running at the Al Hirschfeld Theatre on 45th Street. For tickets and more information, visit here