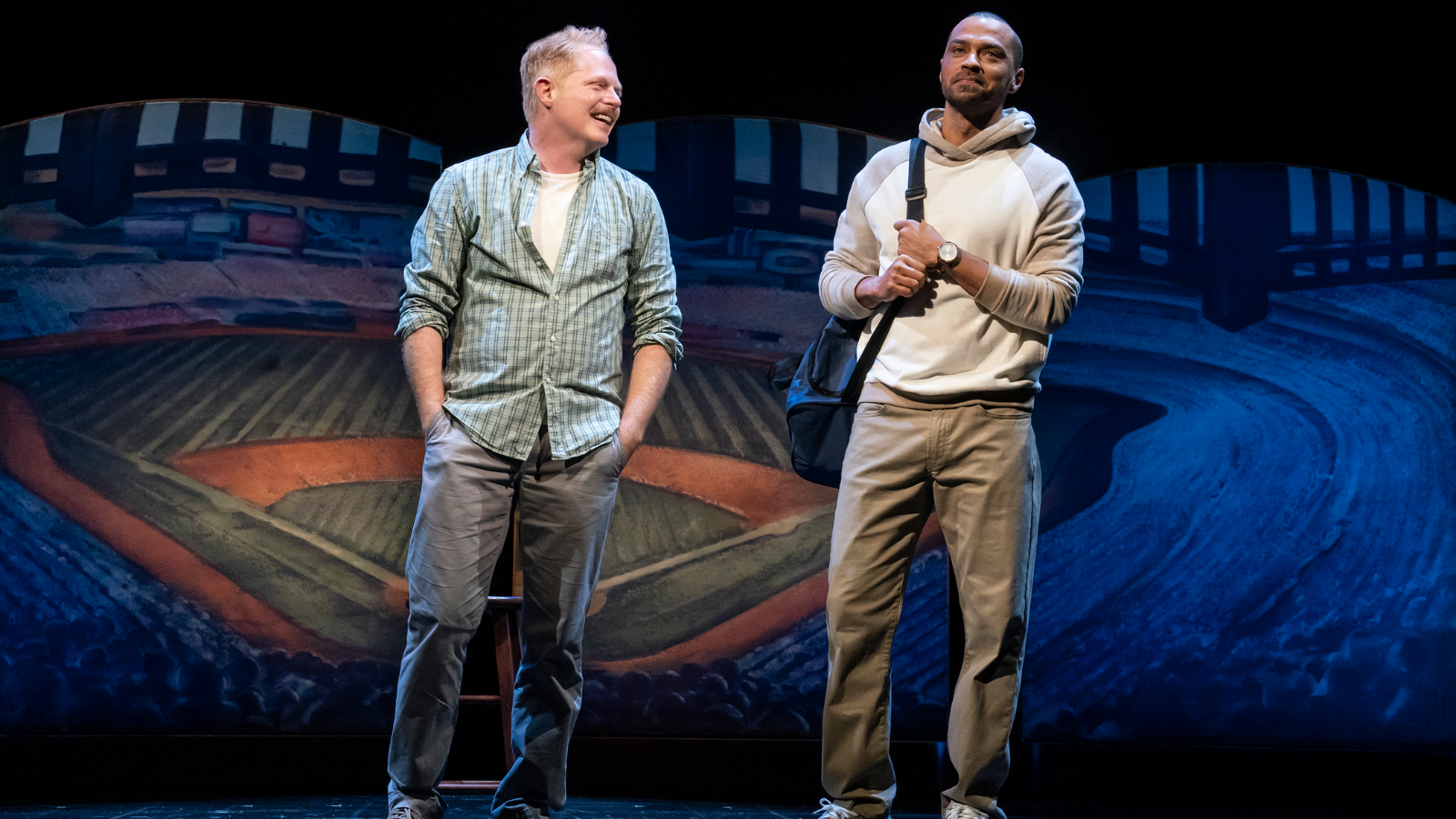 Batter up…again! The Tony-winning revival of Richard Greenberg’s Take Me Out will return to Broadway this fall after a critically acclaimed run earlier this year. Performances of the Second Stage production will begin October 27 at the Schoenfeld Theatre.

Tony nominee Jesse Williams and Tony winner Jesse Tyler Ferguson will reprise their roles as Darren and Mason, respectively. The rest of the cast will be announced shortly.

“[This] was one of the most buzzed about plays of the spring season, and its limited run was too brief to capture the interest and demand for tickets,” said producer Barry Weissler, who along with Fran Weissler joins as lead producers. “[We] are so honored to serve as pinch-hitters and take the show into extra innings….Richard Greenberg brilliantly uses the lens of America’s favorite pastime to expose and explore the prejudices that divide us, but he strikes the perfect balance, managing to entertain as well as enlighten. In short, to borrow a line from the show, Fran and I ‘have come to understand that baseball is a perfect metaphor for hope in a democratic society!”

Take Me Out follows star baseball player Darren Lemming after he comes out of the closet, leaving his teammates stunned and a newcomer, Shane, furious. A friendship builds a friendship with his new accountant, Mason, as they both discover new layers to their love of the game. The memory play is told through the lens of Darren’s teammate, Kippy, as he tells the story. Patrick J. Adams played Kippy in the spring with Michael Oberholtzer as Shane.

The show was crowned twice at the 2022 Tony Awards on the stage of Radio City Music Hall with wins for Best Revival of a Play and Best Featured Performance for Ferguson, beating out his nominated co-stars, Williams and Oberholtzer.

The first revival engagement closed June 11 at the Helen Hayes Theater after opening April 4. Currently, a stage adaptation of The Kite Runner is playing at the Broadway house, with the Pulitzer Prize–winning Between Riverside and Crazy to follow with previews beginning November 30.

The original Broadway production won the Tony Award for Best Play in 2003 and also scored a win for Denis O’Hare, who played Mason, like Ferguson.