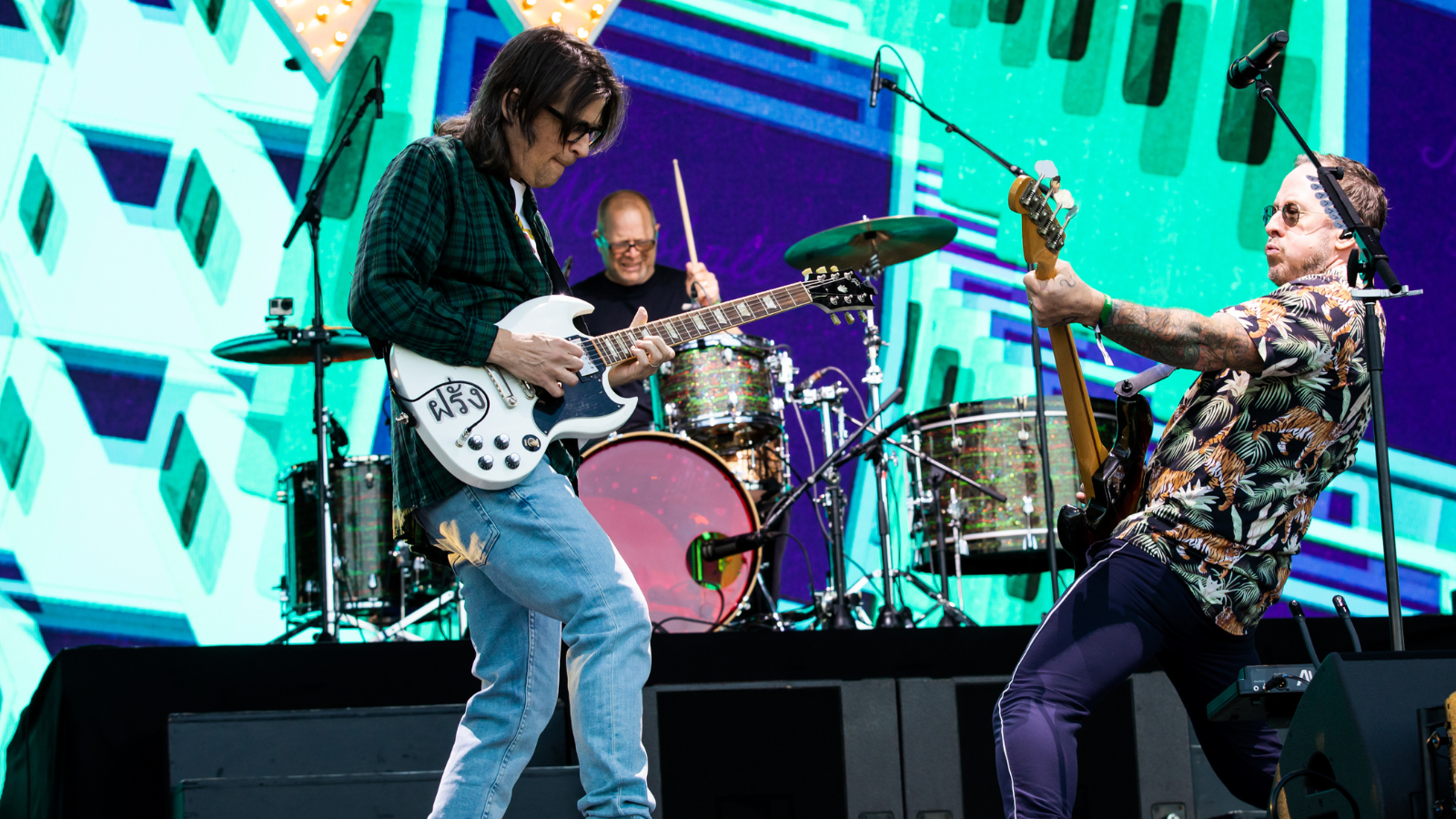 Rock fans woke up this morning with “Say It Ain’t So” in their heads. Weezer’s planned Broadway residency has been canceled, with frontman Rivers Cuomo blaming low ticket sales and high production costs. The concerts, inspired by the band’s SZNZ project, was slated to run September 13-18 at the Broadway Theatre.

The residency was planned to highlight the new EPs, which are being released at the start of each season. SZNZ: Spring and SZNZ: Summer dropped earlier this year, with SZNZ: Autumn and SZNZ: Winter arriving on those seasons’ solstices in the coming months. Over the concert series, the band would have played a different EP each night, with the fifth night being an “encore,” while also performing hits from their vast catalog. Despite the news of the cancellation, tickets were still on sale via Telecharge, but presumably will be taken down soon.

‍Rolling Stone reports that Cuomo learned of the news yesterday, posting to the band’s Discord server. “I’m very sorry to be telling you this now after we’ve already invested so much time, thought, and emotion,” he wrote. “Extra apologies to those of you who cleared schedules and made travel plans to be with us. I loved where we were going and I hope we can find a way to resurrect our vision.”

Weezer was founded in the early ‘90s and found mainstream success with their debut Blue Album, with hits like “Buddy Holly” and “Say It Ain’t So.” Their Green Album, released in 2001, featured the beach bop “Island in the Sun.” With countless songs and over a dozen LPs over the past three decades, the band is one of the most recognizable American rock music groups of all time.

For theatregoers already planning to be in NYC that week, there will be plenty of other shows to catch on Broadway. Into the Woods will welcome several new cast members, The Kite Runner will have begun its mask-required performances on Fridays, and Tony winner Lillias White will step into the role of Hermes in Hadestown. September will also see the start of previews for several new shows, including Almost Famous, 1776, Death of a Salesman, Leopoldstadt, The Piano Lesson, and Topdog/Underdog, setting up a very busy 2022-2023 season.