Report Card: What Broadway Got Right 1 Year Since Reopening 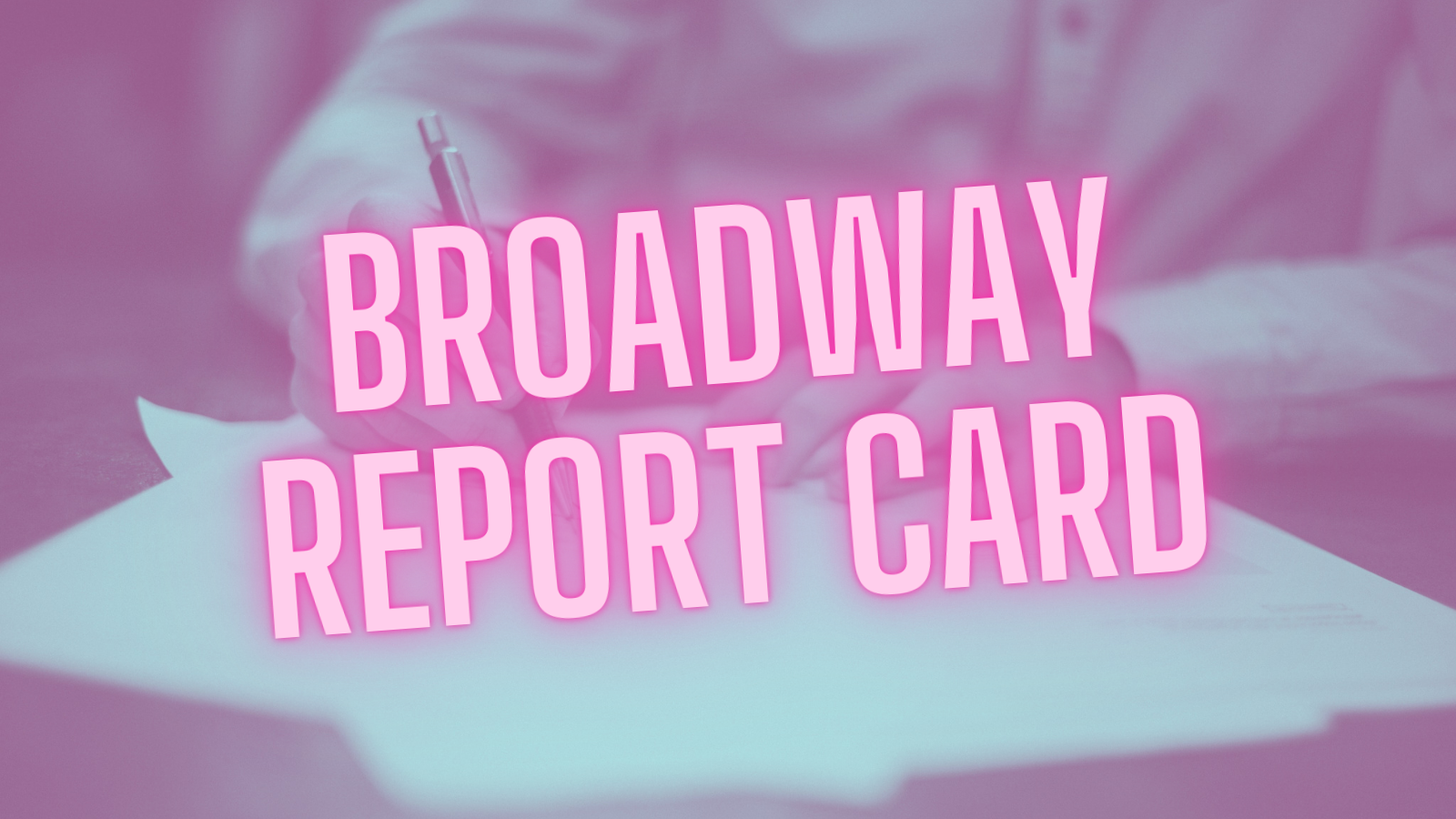 It’s been 1 year and change since Broadway celebrated its grand re-opening. To kick things off, The Boss brought musical magic back to the theatre district and Pass Over reminded us that emerging playwrights deserve a spotlight. Then, on September 14, 2021, The Lion King roared back, Hamilton stopped waiting for it, and we all knew it was good to see Wicked again.

Those stalwarts stayed the same, bringing a familiar comfort to those of us who work in the industry (thank god for those ticket sales) and the fans eager to get back into a Broadway house. The shutdown was necessary for COVID safety reasons, but it also amplified several issues within our industry that led to important discussions on social media and elsewhere.

While we celebrate and champion the many successes that have come in the past year, Theatrely has decided to reflect on how well Broadway has handled the myriad calls for change. The good news? It’s mostly good, depending on who you ask, although just like any playwright or director will tell you: there’s always a little bit more to be done.

After the unjust murders of George Floyd, Breonna Taylor, and others in 2020, and a rise in hate crimes against Asian communities, many industries called for more fair and representative inclusion—the theatre community included. When Broadway reopened, one of the major calling cards of the season was that seven Black writers had plays opening in the fall. To me, it felt worthy of celebration that such a feat was coming so quickly after discourse erupted online. The results were foreseeably mixed—audiences were tentative to return for COVID reasons, several marketing campaigns were weak, and a few of the plays received poor reviews. The stakes were high—anything less than a resounding success could spook producers into only mounting sure bets—and I worried that not enough audiences would be open to experiencing new works. If you had asked me in April what I thought of the 2022-2023 season, I would’ve said my worst fears were confirmed. Now that we’re in September, I’m less hesitant albeit no less leery. We have BIPOC representation in shows old and new (Death of a Salesman meet Ain’t No Mo’); Cost of Living is putting people living with disabilities front and center; and KPOP could bring in a whole new legion of fans to Broadway. Even existing properties are getting an update, like the casting of non-binary performers in 1776 and the updated book to Camelot, but Broadway still has work to do to decentralize white voices and create a more just industry for everyone.

For many of us working in theatre, we were counting down the days until we could once again return to a Broadway house. Most things were uncertain about live theatre’s return, but we knew two things: we would need to wear masks and to be fully vaccinated. It was a sigh of relief and comfort to patrons entering these historic theatres in close proximity to so many people. That was until Bruce Springsteen’s first night back when anti-vaxxers stood outside the St. James to scream and protest. From that moment on, we knew it was going to be a bumpy ride. In the following months, Broadway came roaring back to much acclaim and, with limited issues, all patrons wore their masks properly over their nose and mouths. Every few months, the Broadway League would announce an extension of the mandatory mask policy until mid-June of this year when it was announced that masking would become optional on the first of July. Concerns grew for the more elderly population who make up a majority of the New York audience. Ultimately, some shows held on to their masking protocols but many did not. At my first show after the lifted mandate, I was a bit uncomfortable being so close to unmasked audience members. As of today, The Kite Runner has two performances a week that still require wearing a proper face covering and the Manhattan Theatre Club has announced mandatory masks for Cost Of Living, which started previews earlier this week. As with everything in this pandemic, we will have to take things one day at a time and see where we, as an industry, go next.

In the near-18 months that Broadway was closed, many artists and theatre makers had to get creative in order to stay creative. 2020 saw a lot of digital and virtual productions, and I, for one, wasn’t mad about it. In fact, some of these less “traditional” projects did much more than entertain on the earlier, darker days of quarantine; they challenged perceptions of theatre, inclusion, accessibility. I watched a production of A Christmas Carol with family members on the opposite coast. I threw a dinner party (for me and my roommates) to watch a UK-based musical I had been dying to see for years. I even attended a new murder mystery play on Zoom where audience members, thanks to screen sharing technology, became suspects as the plot thickened. While I am thrilled to be back in-person, surrounded by an audience full of laughter and the occasional quiet sob, I really hope that the theatre community can continue to champion non-traditional presentations of theatre. In a lot of cases, these digital productions allow for more creative risks and chances—and sometimes a more manageable budget. Not only do online, live stream, or virtual-based productions have a further reach, they also make more space for upcoming creators. It answers the question that so many ask: how are we to find the next revered voice in theatre when we are working in a market that primarily wants to see beloved musicals revived at a high dollar value? While the first year back in-person has seen some physical re-mounts of previously virtual productions, as well as some continued online work, I hope that theatres and organizations continue to invest in these platforms—for the sake of a large and more inclusive audience and for the future of the arts as a whole.

There are so, so many reasons to love London theatre—most of which stem from the fact that the country actually cares about the arts, and therefore… funds them. This means that, aside from the mega-hits like Phantom or Wicked, most shows come and go within a couple months, and everyone’s okay with it. I’d say it places a higher premium on the live theatrical experience, but they’ve also figured out a sturdy recording model through NT Live and other ventures. And everything’s much cheaper, cleaner, nicer…

..oh, right, Broadway. Well, along came the pandemic to shake up producers’ expectations for their shows to run a dozen years. Whether because of limited runs or unexpected closures, I wound up visiting more Broadway houses than ever before. I went to the August Wilson three times last season! (Pass Over, Slave Play, Funny Girl). My Broadway theatre spreadsheet is shook! I got to know the venues more intimately, which made me feel more connected to the local theatre scene and community. Maybe this will encourage American producers to take a closer look at the British model. Probably not, though.